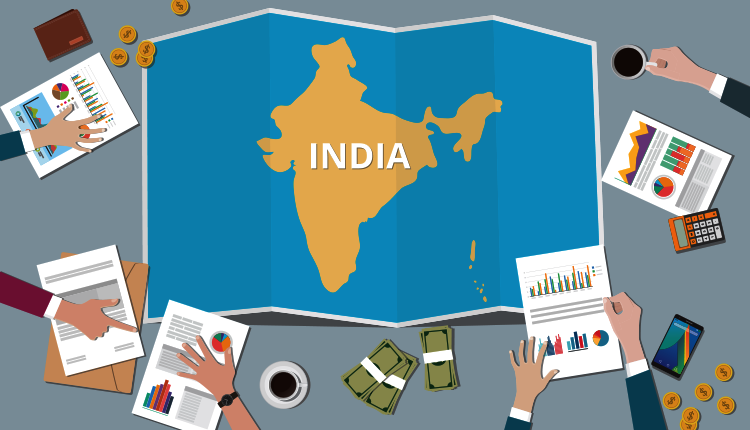 India was Given a Growth Forecast, Seeing Massive Downgrade

India’s lockdown has extended due to the coronavirus pandemic. This might take its toll on the country’s growth outlook, based on what the investment bank Goldman Sachs says.

During this week, the bank revised its growth prediction for the full fiscal year in India, starting in April and ending in March 2021. They also expect the Gross domestic product to contract by 5% for the year. This intensified from the bank’s earlier prediction of a 0.4% negative growth.

Mishra said that an expectation of negative 5% for the year as a whole would be deep, much like the deepest recession India went through back in 1979.

Aside from that, they expect the first-quarter GDP of India next week, and the outlook stays bleak among economists.

The South Asian country was already experiencing an economic slowdown long before the virus outbreak made the government impose a nationwide lockdown, starting in late March. It has subsequently extended many times to at least until the end of May. As a result, economic activity grounded to a halt, hurting millions of small businesses and large corporations, while millions of people lost their jobs.

Furthermore, Goldman’s Mishra stated the economic impact in the three months from April to June would be extreme. Goldman Sachs also foresees a severe decline, 45% from the last quarter in annualized terms, compared to an earlier expectation of negative 20% growth.

According to Goldman Sachs, it was mainly because of two reasons, “One is the extremely poor economic data in March and April. The second reason for this deeper trough is that we are incorporating the effects of the lockdown extension.”

In addition to that, Indian service activity crashed last month. April exports dropped by over 36% while imports fell by more than 47%, based on government data.

Also, the investment bank said, in its report, that up until May 17, major parts of the economy ran at significantly less than full capacity. This might continue to weigh on its economic activity. On the other hand, some activities have somehow begun to resume in low-risk districts around India.

In its latest report, ratings agency, Moody’s, also sounded the alarm. It said that the economic damage because of the lockdown would likely be extensive. It could then reflect the inherent economic vulnerability and fiscal constraints of India. They assumed that fragile household consumption and sluggish business activity would result in a profound fall in growth.

In mitigating the fallout, Prime Minister Narendra Modi’s government announced a $266 support package. This contains both fiscal and monetary measures, worth around 10% of Indias GDP. However, economists are saying that the package will only do little to stimulate growth as it has very little planned government spending. After this, the benefits of some measures are expected to only last until the medium term.

How Quarantine has Harmed the US Economy?

How Biden Can Change US Policies Towards Latin America