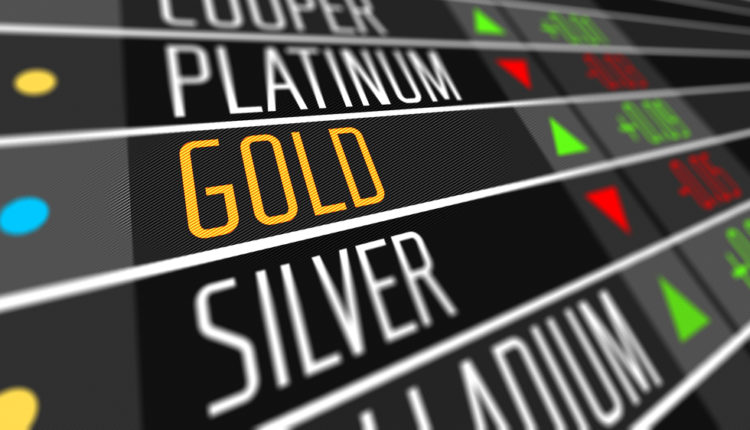 Spot gold price declines at about 0.20 percent on Wednesday. As a result, its value went down at about $1338.4 per tonne. Upon reaching its highest level within ten months, the gold price rally comes to its end. That was after the FED minutes signals for a possible rate increase for the year 2019 that props the dollar higher.

The U.S. President Donald Trump then suggests his consideration on to pushing the deadline on the 1st of March ahead, upon considering the talks they will have with China. As of now, the trade talks are going well. Meanwhile, for the MCX, Gold prices decline marginally at about 0.09 percent closing at Rs.33870 per 10 gms.

The gold prices could go to a lower trade for today’s trading session. Similarly, as the dollar changes as the FED’s minutes ends a possible price increase this year. Subsequently, on the MCX, gold prices are estimated to trade higher today as international markets trade lower by 0.43 percent amounting to $1342.05 an ounce.

On Thursday, oil prices move a bit lower the 2019 highs, forces by the OPEC-led supply cuts. In addition, the United States sanctions on Iran and Venezuela.

Meanwhile, the US West Texas Intermediate (WTI) crude oil up by 14 cents amounting to $57.30 per barrel. That was a 0.2 percent gain since their last settlement and is not far from their 2019 high ($57.55) they’ve reached on the previous day.

Likewise, International Brent crude futures are yet to trade. Hitting their 2019 highs on the previous days amounting to $67,38 per barrel. Above all, hopes for the talks between Beijing and Washington would resolve soon is at large as disputes among the top economies impact the market.

The OPEC and non-affiliated producers

Increase in prices is getting push by the supply cuts by the Organization of the Petroleum Exporting Countries (OPEC). Since late last year, OPEC with some non-affiliated producers including Russia agrees to cut output 1.2 million barrels per day. They are to prevent a huge supply overhang to occur broadly.

Similarly, the U.S. sanctions on Iran and Venezuela oil exports impact the price changes. Britain’s Barclays bank on Wednesday says, “although there is no lack of resources, there is an increasing lack of access to them.”

An increase of about 1.3 million barrels in the week to Feb. 15 to 448.5 million on U.S. crude oil stocks on Wednesday comes according to a weekly report from the American Petroleum Institute.