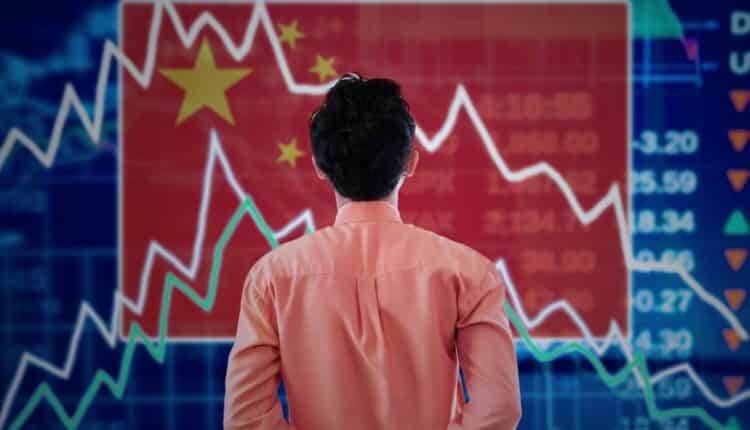 China is contemplating different ways to manage capital inflows, which may cause turbulence in the domestic market. The authorities are very concerned about the financial risks caused by such movements on the markets. This is according to the country’s top banking and insurance regulator.

Guo Shuqing, the head of the China Banking and Insurance Regulatory Commission, stated that global markets are beginning to see side effects of fiscal and monetary policy steps, which seemed necessary due to the COVID-19 pandemic. However, easing those policies encouraged financial markets to trade at high levels in the U.S., Europe, and other developed countries. Such exchange runs counter to the real economy and is dangerous when maintained long-term.

During the last decades, the economy has become highly globalized. That means that foreign capital flow into China was already rising. But with economic recovery and attractive asset prices, such inflows will further increase, reaching dangerous levels.

Why is that situation so concerning, and what is the government planning?

Guo stated that financial markets should reflect the situation of the real global economy. However, if there’s a big gap in between, that will cause problems, forcing the markets to adjust.

After Guo’s announcement, China’s benchmark stock indexes declined, and the yuan tumbled down. Two major Chinese indexes – the Shanghai Composite index and the CSI300 index plummeted down by more than 1% at the close.

On Tuesday, the regulator also underlined bubble risk as a key issue facing the country’s property sector. He noted that it is dangerous that lots of people are buying houses not for living in but for speculation or investment. There is a possibility that the housing market will go down. If that happens, the value of properties held by citizens will suffer from huge losses. On the other hand, that would lead to a vicious cycle of economic chaos and unpaid mortgages.

To prevent such a crisis, China plans to continue some policies, such as pushing the banks to surrender some profits to aid the economy. In addition, lending rates may rise this year, along with market interest rates.

Policymakers plan to reduce support for the economy this year after last year’s substantial stimulus measures. Policy insiders said that despite cutting the stimulus, they would stay careful as long as recovery remains uneven and small firms struggle.

Ken Cheung, the chief Asian FX strategist at Mizuho Bank in Hong Kong, noted that in order to contain financial risks, Chinese authorities would likely make a priority the task of stabilizing macro-leverage.