The Kospi, the main index of the Seoul stock exchange, increased by 0.62%. It scored a new all-time high after investors started purchases on optimism about economic recovery in the US.

The South Korean stock market today made its fifth earnings session. Investors hope that a good pace of vaccinations in the US will boost the post-pandemic economic recovery and help exports from South Korea to the United States.

The Nikkei lost 0.51% on Wednesday

The Nikkei, bringing together the 225 most representative titles in the market, dropped by 150.29 points to 29,291.01 integers. The previous day it scored its best level in the month at the expense of the monetary policy decisions of the US.

The transportation sector and airlines accounted for the most significant losses. Meanwhile, the mining and shipping sectors led the gains.

Nintendo, the video game developer, and distributor decreased by 2.79%.

As for the technology sector, the Softbank group lost 0.41%. Also, Sony, the multinational electronics company, declined by 2.85%.

Carmaker Toyota was the only one among the largest capitalization firms to record a rise of 0.99%.

In the first section, 1,170 companies advanced against 882 ones that dropped. Meanwhile, 137 shares closed unchanged. 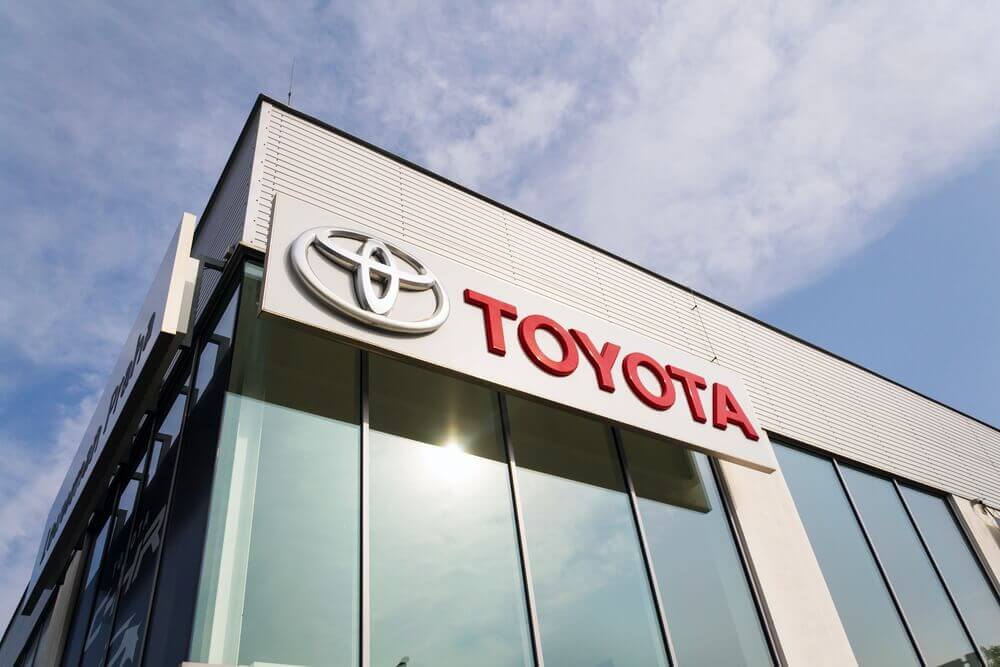 For the first time since Toyota was listed on the Tokyo Stock Exchange in 1949, the company’s shares topped 10,000 yen.

The market capitalization of Toyota hit an all-time high above 32.8 trillion yen.

Since May 28, the company’s shares have been staying above 9,000 yen, hitting record highs. Despite the coronavirus pandemic and shortage of semiconductors worldwide, there has been a robust demand for cars in the US and China.

Toyota still is the highest valued company on the Tokyo Stock Exchange. However, in July 2020, Tesla outperformed it as the top automaker in the world by market capitalization. Toyota aims to have electrified vehicles accounting for around 80% of its annual sales by 2030.

European markets have started Wednesday’s session on the rise, pending the Federal Reserve meeting held in a context of inflationary pressures. Analysts expect rates to remain between 0-0.25%.

Apart from this, today, the CPI data corresponding to May is also published in the United Kingdom.

Energy stocks echoed a jump in oil prices. As a result, the pan-European STOXX 600 added 0.3% in the morning trading session. The benchmark index hit record highs this year. Investors bet that a steady vaccination program would promote economic growth.

In the debt market, the interest on the German bond, which is considered the safest, plummeted and stood at 1.499%.

According to Wednesday’s data, inflation in Britain unexpectedly surged above the 2% target in the previous month. Moreover, it seems set to increase further as the country reopens its economy from lockdowns caused by the coronavirus pandemic.

It happened after the Fed’s meeting on monetary policy.

The US central bank is not forecast to make changes in interest rates. However, inflation and the beginning of the withdrawal of stimulus will move the market.

Danielle DiMartino Booth, a chief executive of Quill Intelligence, stated that the important component to watch at Wednesday’s press conference is an acknowledgment by Powell that a discussion about tapering is underway.

The Labour Department said Tuesday that the producer price index increased by 6.6% year-on-year in May. It has been the biggest rise in 11 years. Meanwhile, sales in the retail sector decreased by 1.3%.

There was a strong rise in the energy sector by 2.06%. It happened precisely when the price of intermediate oil in Texas today exceeded $72 a barrel. It has not been seen in two and a half years.

The market does not appear to jive with the Federal Reserve’s view that current inflation will be transitory. However, at the close of Wall Street, the yield on the 10-year Treasury bond dropped to 1.494%.