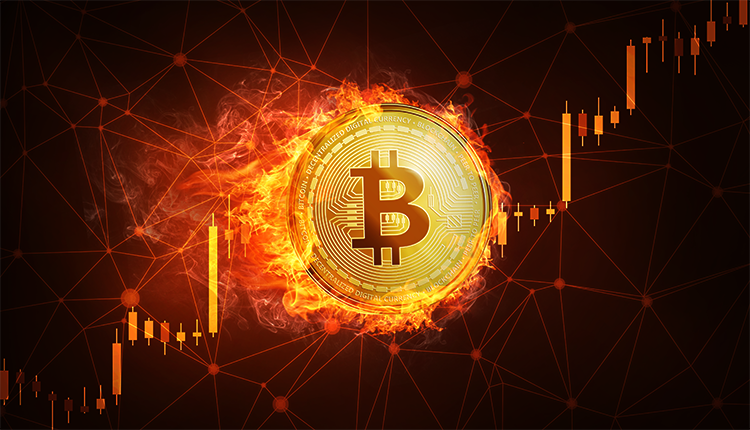 Bitcoin exceeded the $60,000 mark briefly for the first time in several months more precisely since April 2021. Its price has been boosted by reports suggesting a Bitcoin futures ETF is likely to begin trading in the U.S. as early as next week.

Sources familiar with the topic issued positive indications that the SEC is likely to approve Bitcoin futures ETFs to begin trading next week.

Unsurprisingly, rumors about the imminent approval saw a price increase of about $7,000 over the past seven days. Over the past two days, its price rose from $54,000 up to the current $60,000 high-water mark.

Before the upward price action began, its prices hovered around $42,000 from September 20 to October 1. Bitcoin surpassed $60,000 for the first time on Bitstamp exchange just after 5 AM. At the moment, it is just 7% away from reclaiming its April 14, all-time high of $64,804. Bitcoin’s price has since eased slightly and at the time of writing, it is trading around $59,500.

Bitcoin and its price

The major cryptocurrency surpassed $60,000 for the first time since April. However, calculations suggest that the price level will matter much more to bears, not bulls.

The BTC/USD has the chance to retake all-time highs and climb to six figures in 2021. But investors’ attention is already turning to how far Bitcoin will fall after its next blow-off top.

The idea that Bitcoin price action moves in cycles – with a bearish phase and a bottom of 80% of the blow-off top is quite popular.

It is much harder to believe that $60,000 may just be the price floor of that potential 80% correction.

Using Fibonacci sequences, a popular Twitter account TechDev showed that each Bitcoin bear bottom fell within an identical range. Notably, this accounts for both the sub-$200 lows in 2014, and the roughly $3,2000 floor in December 2018.

After taking into account Bitcoin’s cyclical metamorphoses, the next logical retracement, therefore, has anywhere from $47,000 to $60,000 a target.

Paul Tudor Jones stated that Bitcoin’s cycles are similar to gold in the 1970s. At that time, gold became a futures product itself and enjoyed a ten-year bull run followed by a 50% correction.

KTC and PUFFY tokens are in the spotlight – market wrap