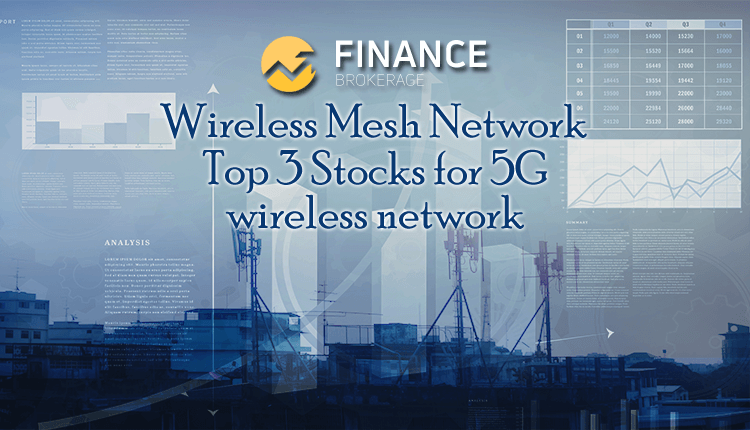 The 5G wireless network is the next evolution of cellular technology. As this technology evolves, it’s market around the United States and worldwide is expanding quickly. And that is to say, it already pops up select markets within the U.S. and throughout China. For the next years, around 40% of the global population is estimated to have access to the 5G network.

Similarly, the opportunities are quickly opening up by that greater bandwidth standard. That will help wireless carriers in generating as much as an extra $619 billion annual profit by the year 2026.

Firstly, 5G networks have about twenty times data speed quicker than the present 4G network. Secondly, units on 5G networks will have lower downtime rates.  Meaning, they’ll contact and communicate with the cellular towers faster. But the 5G network is not just about speed improvements. This technology is a crucial building block for the expanding Internet of Things (IoT). Above all, it will help provide a significant internet connection for autonomous vehicles. That of which is expected to come to the market for the following years.

You are now open with the new found technology for a better future. As an investor, looking up for the companies that are most likely to benefit from is the best thing to do now. In this post, we’ll list down the top three companies that you should watch out and invest.

Verizon’s 5G home was the first version of 5G technology introduced by the firm through its fixed wireless broadband service. However, this year, Verizon is to launch its first mobile 5G in a few select cities.

For the year 2019, the telecom firm says that its capital expenditure is between $17 billion and $18 billion. Most of the estimated expenditure is likely to go for building out the firms 5G network. The new network requires up to date hardware. That includes new cellular data towers and further small cell equipment installed in dense urban areas. To bring the 5G online within the U.S., it requires 10 to 100 times more cell sites. Greater than its current 4G network at some estimates.

In 2017, the telecom firm made a smart move. Verizon’s purchase of Straight Path Wireless provides its carrier some of the wireless spectrum it needs for its 5G network. But it still takes years to make it fully-functioning online. That makes its early move very crucial for future developments.

Verizon telecom President, Ronan Dunne says, “By 2035, 5G will enable $12.3 trillion of global economic output and support 22 million jobs worldwide.” That brings the company to its extreme bullish on 5G.

Meanwhile, the firm gains more subscribers compare to other U.S. cellular firms. Investors are to keep a close look on its 5G development.

At the same time, AT&T is in trouble as Verizon made on that significant growth. The AT&T now needs to take a similar approach as it did with the 4G network, then do better than its competitors.

It may look odd that among the top stocks of today, Qualcomm is a part. Its share price is down at about 20% over the past year. The firm has an ongoing legal battle with Apple and other companies for its patent licensing fees. That took a toll on the chipmaker’s patent licensing business. That sector provides most of its revenues. As an outcome, the main market devalues its shares. At the same time, a revelation that the firm decides not to sell cellular modems to Apple for its latest iPhones units angers the investors.

However, the 5G provides a lot of potential for Qualcomm’s return for the next few years. The firm still makes some of the best chips for cellular units.

Recently, Qualcomm announces its Snapdragon X55 5G modem. The modem is capable of handling up to 7 Gbps download speed and up to 3 Gbps upload speed. The said chip will commercially available at the end of this year. That was a good indicator of Qualcomm’s 5G chips are ahead of its rivals.

Currently, it is working with twenty cellular network providers in which start rolling out 5G this year. On its recent earnings call, the firm expects to be “the 5G modem supplier of choice for the majority of the first wave of 5G devices.”

The 5G network talk isn’t complete if we don’t mention the China Mobile. The firm has more than nine hundred million subscribers. That makes the firm the biggest telecom operator in the world. The firm has big plans for the whole technology industry.

Beijing’s government awards 5G spectrum to China Mobile and the other two wireless carriers of the nation. China Mobile says they expect to finish their 5G test in 2019. So next year, the network will be rolling out commercially in 2020. On the first half of 2019, the firm will release 5G-capable smartphones on its network.

Meanwhile, the firm also plans to include a new 5G smart highway. It is currently building in the country’s Hubei Province. The smart highway will enable vehicles to connect to a 5G network. It will provide a real-time update on traffic. It also aims to connect autonomous cars to the internet. The firm is said to have applied for permits to test autonomous vehicles. Its road tech will be used to enable a smart toll system that will not require any labor.