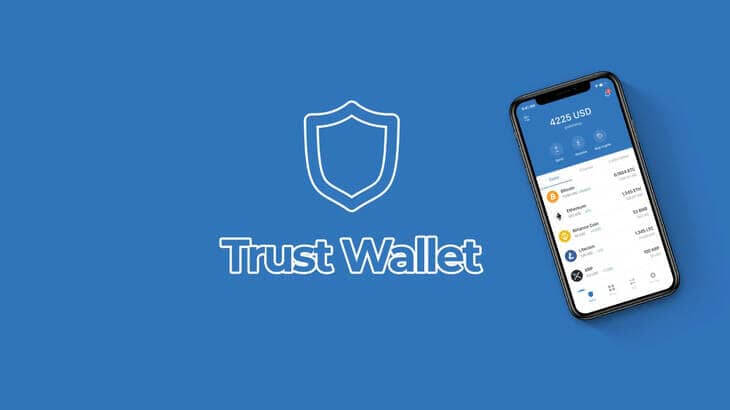 What Is TWT Crypto and How to Get One?

As you might know, there are thousands of cryptocurrencies in the world. This article aims to help you better understand one of them, Trust Wallet Token, and explain what is TWT crypto.

It is a simple BEP-20 utility token that provides a range of benefits as well as incentives to Trust Wallet users. It is noteworthy that Trust Wallet itself is a mobile cryptocurrency wallet that supports many popular native assets, in addition to popular tokens on the Binance, Ethereum, as well as TRON blockchains.

Holders of TWT tokens unlock various benefits when using Trust Wallet, including discounts on in-app cryptocurrency purchases as well as on the use of decentralized exchange (DEX) services. They can also participate in the governance of Trust Wallet. For instance, they can vote on Trust Wallet update proposals.

Trust Wallet Token and its founders

Trust Wallet was founded by Viktor Radchenko several years ago, more precisely in 2017. Based in Mountain View, California, Viktor Radchenko previously held development as well as engineering roles at a number of tech firms. He also co-founded Trucker Path in 2013 — the company behind one of the most popular apps for truckers and logistics firms.

It is worth mentioning that the platform was acquired by Binance in July 2018 for an undisclosed sum; nevertheless, Radchenko still works on the platform as part of the Binance team.

What’s interesting, the full Trust Wallet team is not public, but it is known to comprise more than 20 individuals — many of which have overlapping roles at Binance.

As you already know, the Trust Wallet Token is a utility token. It is desirable to learn about types of cryptocurrencies.

Importantly, you might get coins, payment tokens or altcoins, security tokens, non-fungible tokens or NFTs, decentralized finance tokens, utility tokens, as well as other categories.

Even though the term cryptocurrencies are used to define all the different types of cryptocurrency or digital currencies, it is commonly swapped with coins. They are commonly regarded so in spite of many of them not serving as a unit of account, store of value, as well as a medium of exchange, although Bitcoin does.

Nevertheless, coins can be differentiated from altcoins. As a reminder, the term altcoins is also a common reference to cryptocurrencies of all types other than Bitcoin, in that they are seen as an alternative to Bitcoin.

Let’s start with coins. They can be differentiated from altcoins because they are based on their blockchain. On such a blockchain, coins act as the native token and gas or fuel payment token, even though a blockchain can have the gas paid in a different cryptocurrency.

Keep in mind that in terms of constructing or developing a cryptocurrency, it starts or comes along with developing a blockchain.

Now, let’s continue with altcoins. Even though altcoins can be regarded as coins, they are all considered alternatives to Bitcoin as the first cryptocurrency. Interestingly, also known as shitcoins, apart from Ethereum, most of the first ones were forked from Bitcoin. These include Namecoin, Litecoin, Peercoin, Dogecoin, and Auroracoin.

Furthermore, some altcoins like Ethereum, Omni, Ripple, and NEO have their blockchains.

It is worth mentioning that tokens are the digital representations of a particular asset or utility in a blockchain. We need to mention that all tokens can be termed altcoins; however, they are differentiated by residing on top of another blockchain as well as not being native to the blockchain on which they reside.

Tokens are coded to facilitate smart contracts on blockchain networks like Ethereum, and we can transfer some from one chain to another. Furthermore, the tokens are embedded in self-executing computer programs or codes and can operate without a third-party platform. They are also fungible and tradable. Tokens can be used to represent loyalty points as well as commodities or even other cryptos.

Let’s not forget that when designing or coding a token, the developer must follow a given template. The developer doesn’t need to edit or code the blockchain from scratch. Notably, all they need to do is follow a given standard template. Importantly, it is faster to come up with a token.

Notably, it used to be Initial Coin Offering or ICOs as well as initial exchange offering as a method of distributing and originally raising capital for the projects issuing tokens. Nevertheless, tokens can be issued without IEO or ICOs.

As you know, Bitcoin is one of the most well-known cryptocurrencies in the world. So, it is desirable to take a look at Bitcoin.

First of all, virtual currency has been a hot topic for more than a decade now.

Bitcoin, the world’s first decentralized cryptocurrency, was first introduced in 2008. As a reminder, Bitcoin can be sent to and from users via the bitcoin network, a peer-to-peer network in which transactions are verified by nodes and recorded on a blockchain.

Bitcoin’s history is full of interesting events. For example, a paper titled Bitcoin: A Peer-to-Peer Electronic Cash System was posted in October 2008 to a cryptography mailing list with “Satoshi Nakamoto” as the author.

Fortunately or unfortunately, Satoshi Nakamoto has never revealed any personal information, and Nakamoto’s identity has never been confirmed. Unsurprisingly, this has led many people to believe the name is a pseudonym for one or more creators.

In 2009, it was first used after Bitcoin was released as open-source software when Satoshi Nakamoto mined the starting block of the blockchain. What’s essential, Bitcoin continued to be mined by other early contributors until 2010. As a reminder, that’s when programmer Laszlo Hanyecz made the first known commercial transaction using the cryptocurrency by purchasing two Papa John’s pizzas for 10,000 Bitcoins. 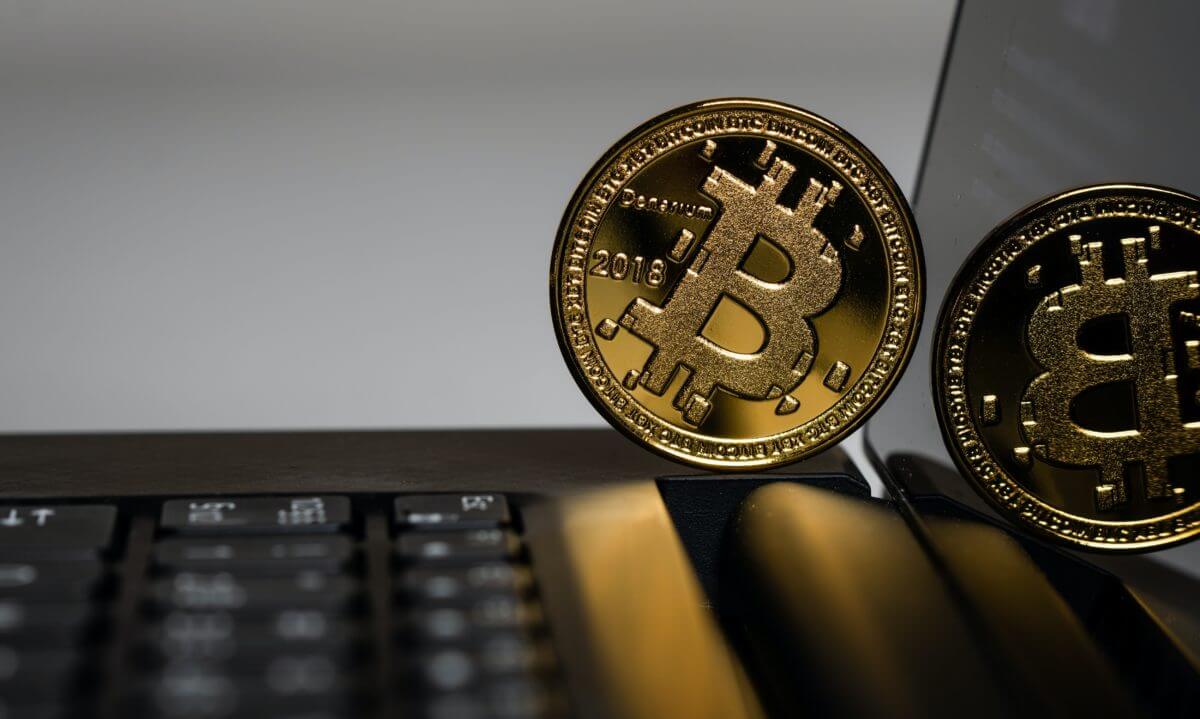 You might ask, “What Makes Trust Wallet Token Unique?”

In spite of this, as a BEP-20 asset, Trust Wallet Tokens (TWTs) can be transferred to any wallet that supports Binance Smart Chain assets, where they may be exchanged against other assets or used as payment for services. Since TWT also confers voting rights as well as governance over the development of Trust Wallet and can be used for discounted decentralized exchange trades and in-app purchases, TWT crypto has gone on to develop the value of its own as a speculative instrument.

One interesting fact: TWT was also one of the first tokens to launch on the Binance Smart Chain (BSC). It is a high-performance blockchain designed for smart contracts and decentralized applications (DApps). Thus, TWT can be transferred with extremely low fees and near-instant transaction confirmation times.

What you must know about TWT crypto

You might also ask: How many Trust Wallet Token coins are there in circulation?

You need to remember that as part of the transition to the Binance Smart Chain, 99% of the original Trust Wallet Token supply was burned. Furthermore, the new maximum supply was set at 1 billion TWT. Out of 1 billion, just over a quarter is currently in circulation.

However, the circulating supply of TWT will steadily grow as tokens are earned by the users of Trust Wallet for completing various tasks, such as by participating in referral campaigns as well as completing tasks within the app.

The token distribution is as follows:

Based on Binance Smart Chain, the TWT crypto is backed by a rigorously tested proof-of-stake (POS) consensus mechanism. This is used in order to protect the network against a range of potential threats.

The TWT crypto is also protected by a bug bounty program operated by Binance. The program pays up to $10,000 in BNB to any person who discovers a vulnerability on Binance Chain as well as its core smart contracts.

Furthermore, as a BEP-20 asset, it is secured by the security of the wallet software used to manage it. In the case of the Trust Wallet, this includes a passcode security lock and a 12-word recovery phrase.

Where Can You Buy TWT crypto?

Lastly, Trust Wallet Token is available to purchase and trade on various platforms — including both centralized as well as decentralized exchanges. What’s interesting, MXC and Binance DEX are among the most liquid exchanges for TWT.

The TWT is currently tradable against a range of other cryptocurrencies, including Tether (USDT), Bitcoin (BTC), and Binance Coin (BNB).