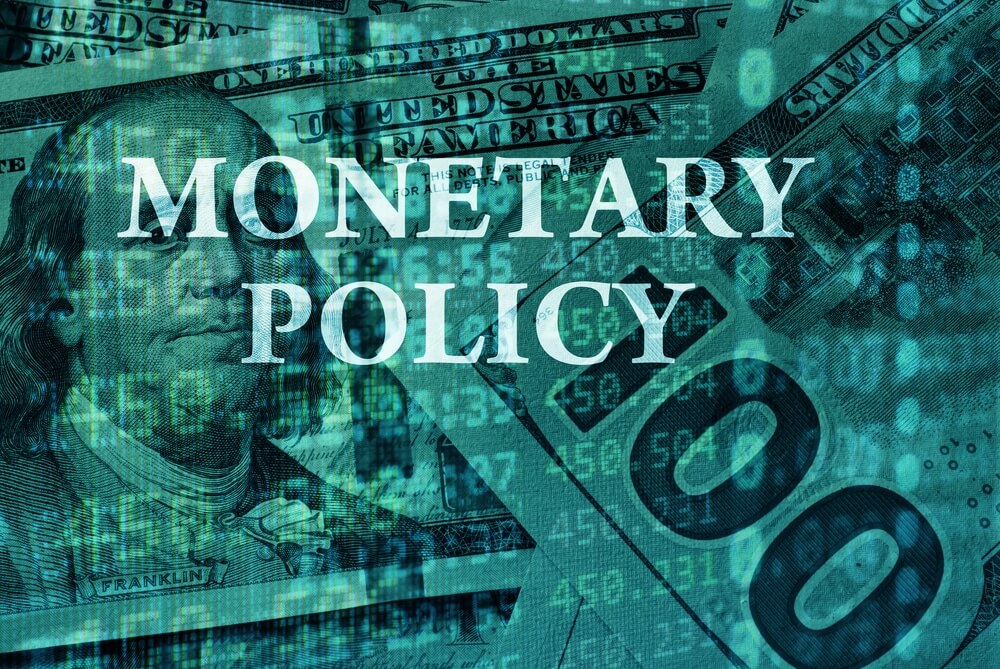 Monetary policy is a fundamental pillar of any country’s economy. The money supply is a spring from the central bank or monetary entity of that country.

Some regions have a single central bank in charge of defining monetary policies. This is the case of the European Union, which has a single currency, the euro. The definition of the policies that affect it is in charge of the European Central Bank. Monetary policy is decisive for traders and investors. For example, in the Forex market, we can say that it is impossible to make a decision without knowing the policies of the central banks that make up the pair. Let’s learn more about this topic.

The monetary policy of a country refers to the set of actions the economy adopted for a period. The definition, drafting and implementation of these policies are generally the responsibility of the central bank.

In the United States, it is the Federal Reserve. In the European Union, it is the European Central Bank. When these two entities make decisions, they are likely to affect the currency of the rest of the countries.

In this sense, monetary policy consists of defining the money supply and interest rates. Monetary policy must be in tune with the main objectives of a central bank:

Additionally, to meet these objectives, central banks have a set of tools that are part of monetary policy.

The authorities of a central bank meet regularly to analyze a set of macroeconomic data:

With these data, officials define the monetary policy in force, at least, until the next meeting. Each central bank has its annual meeting calendar.

Analysts, investors, and policymakers pay particular attention to monetary policy definitions. Furthermore, it is common for financial markets to react in different directions after announcements.

Central banks have two paths to carry out monetary policy. For instance, they can be expansive or contractive. These are linked to the general state of the country’s economy.

A country that enters a contraction stage or in a recession may require an expansionary policy. Subsequently, the central bank will try to reactivate the economy, based on spending and investment. It will also seek to reduce the unemployment rate that tends to grow in recessionary periods.

One of the traditional measures to carry out an expansionary monetary policy is to lower the interest rate or reference rate. In this way, the central bank seeks to discourage saving and promote spending. The money supply is greater. In fact, it is expected that with low-cost credits, companies will invest and consumers will acquire goods.

As a result of the financial crisis of 2008, central banks had sharp cuts in interest rates. The Federal Reserve reached 0. Meanwhile, the ECB and the Bank of Japan set negative rates.

A broad money supply can cause the economy to overheat and inflation to skyrocket. In fact, the leading countries’ central banks try to sustain themselves at an inflationary level of 2% per year. Contractive policies are also used to prevent the cost of living from rising beyond the limits. The rise in interest rates is the leading resource. Moreover, the objective of this monetary policy is to raise the cost of money.

Credits become more expensive, consumption is reduced, and prices tend to stop rising. This type of policy’s negative results is an increase in unemployment and a fall in business investment.

In the United States, an inflationary spiral became registered in the 1980s, which climbed 15% per year. Consequently, the FED raised the benchmark rate to 20%. As a result, inflation managed to be contained. Within a few months, it was already around 4% per year. Also, the recession was one of the consequences of the fight against inflation.

4 Factors of Uncertainty that will Define the 2021 Economy

How to mine Bitcoin and other cryptocurrencies