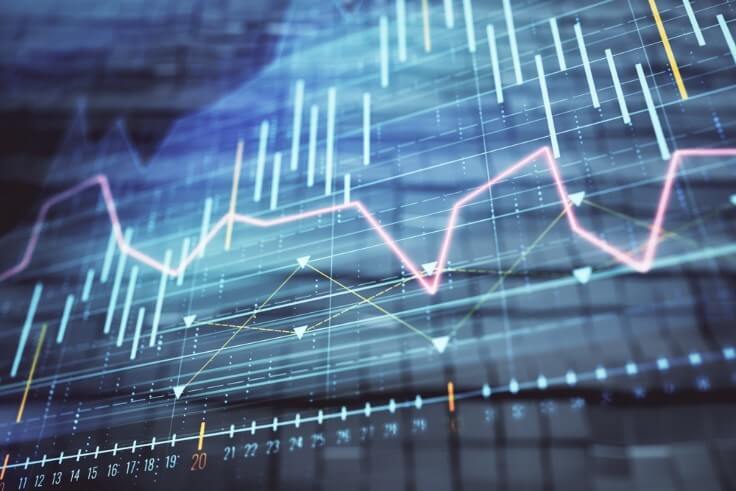 Wall Street closed mixed on Thursday. The NY stock market began the session with doubts after IBM’s technology did not reach the revenue experts expected. However, the S&P touched a record figure driven by the strong business results delivered by Tesla and other companies.

The re-emergence of risk aversion also fuels concerns about the impact of disruptions in global supply chains on companies’ financial accounts.

The Dow Jones and S&P 500 are close to their all-time highs, prompting the market to be cautious.

Jobless claims in the US dropped during the week ending October 16. It totalled 290,000 compared to 296,000, recorded the previous week.

Tesla announced record revenue and earnings in its third quarter of the year on Wednesday. It led the S&P 500 to stand 0.2% above the highs reached last August.

Jim Paulsen, a representative of the Leuthold Group, stated market movements explained how high inflation is affecting profit margins. Investors are reasonably concerned with reports and the pressure inflation is causing. Still, high inflation seems to push the S&P 500 to the record highs.

The energy sector was the biggest loser, sliding by 1.81%. At the same time, financial companies slipped by 0.35%, and raw materials lost 0.23%.

Nike registered the biggest advance among the 30 leading companies listed on the Dow Jones and expanded by 2.28%. The United Health Group followed it with a rise of 1.68%. Meanwhile, IBM plummeted by 9.56%, the biggest drop in the group. Chevron, American Express, and Caterpillar were also among the losers.

The Tokyo Stock Exchange rebounded today after concerns were reduced regarding the future of the indebted Chinese real estate developer Evergrande. It happened after the company stated it started to pay coupon bonds.

Trading started in the negative territory due to electoral uncertainty just over a week before the general elections on October 31. Analysts predict some declines even if the ruling party wins. The Nikkei started with a selling advantage, and then there was a move to repurchase it. Despite a favourable trend afterwards, the earnings in Tokyo were limited. The market is awaiting the start of the corporate quarterly earnings reporting season.

The precision instruments sector received the biggest gains of the day, followed by electronics and machinery.

Tokyo Electron added 4.4% and accumulated the third-highest volume of operations of the session. Meanwhile, Lasertec recorded the biggest volume of transactions and climbed by 3.73%. It was followed by Softbank, increasing by 0.54%.

The Kospi weakens due to individual selling

During midday, the market experienced relief from the news about Evergrande. However, the stock market did not show any clear direction. Wait-and-see sentiment prevailed ahead of the earnings release of prominent Korean and US companies next week.

The share price of Snap, a social media company that announced less-than-expected earnings, plunged by 21.58%.

The Nikkei was supported by a rise of Samsung Electronics, adding 0.28%. Besides, SK Hynix advanced by 2.28%.

Tech stocks contributed to an increase in the index over the week. The Hang Seng Tech index accumulated a rise of 6% this week. Alibaba registered the biggest increase since April, posting a weekly gain of 7.9%.

Real estate firms Longfor Group and China Resources Land were top gainers on the index, up 6.3% and 3.9%, respectively.

European stock markets started the session with advances on Friday. Investors cheered the news coming from the Chinese Evergrande group.

Tech stocks and personal & household goods posted the biggest gains, each increasing by around 0.7%.

French cosmetics giant L’Oreal saw its shares top the Stoxx with a 6% gain after posting a strong revenue increase on demand for its luxury lines and growth in China. Meanwhile, tissue maker Essity expanded by 5.2% after setting a new target to strengthen sales.