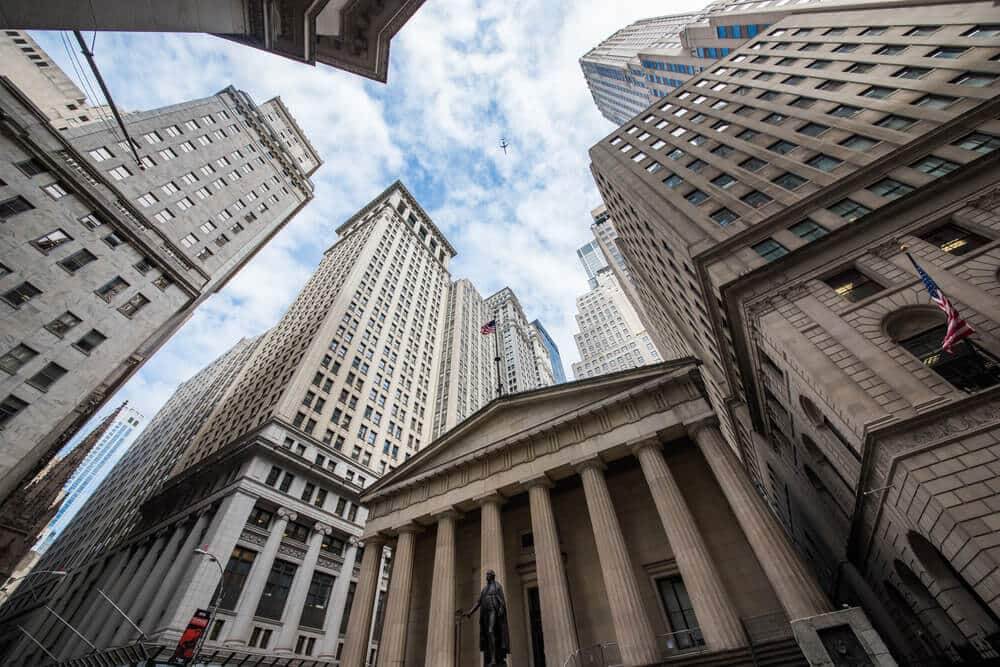 The New York Stock Exchange closed on a relatively stable note on Tuesday. Investors keenly await the new season of quarterly corporate earnings results and the most up-to-date inflation data.

Tom Cahill from Ventura Wealth Management Stated that the market is looking for direction. However, it won’t find it until there are corporate results. He also mentioned the possibility for companies to lower their forecasts.

The market also paid attention to the speech of the fed vice president who estimated that the recovery of the job market was sufficiently advanced to justify a slowdown in purchases of assets by the Central Bank.

After having expanded sharply in recent days, bond rates reduced. The ten-year US government bond yield dropped to 1.57%, after beginning the day at 1.63%.

As for the equities, Nike advanced by 2.04% after Goldman Sachs published a note advising to buy the stock. The investment bank argued that the current supply problems of the sports equipment manufacturer were temporary.

Airbnb added 3.65% after the note of the financial firm Cowen stating that investors underestimate the upturn in rentals in 2022 and the long-term market potential.

General Motors increased by 1.50% after announcing that LG will offset up to $2 billion in additional costs related to defects in the battery of its Bolt electric vehicles, manufactured by the Korean group.

Meanwhile, Tesla gained 1.74%, benefiting from record sales figures from China. The electric vehicle maker sold more than 56,000 cars in the country in September.

The Hong Kong Stock Exchange closes today due to a typhoon

The Hong Kong Stock exchange will not operate today, on Wednesday. Typhoon Kompasu, the second tropical cyclone to hit Hong Kong in less than a week, brought heavy rain to Hong Kong overnight.

The local authorities raised the storm warning alert from number 3 to 8, the third-highest on the scale.

The Nikkei continues to fall

The initial discouragement was momentarily offset by the news of the agreement in Washington to raise the debt ceiling in the short term. However, it was not enough to keep the prices high and the Tokyo stock market plunged again soon.

As of the close of the session, 79 stocks ended in the green, 143 shares dropped, and 3 of them remained unchanged.

Semiconductor component maker Lasertec had the largest trading volume of the day and settled with an increase of 2.66%.

The Softbank group and the shipping company Nippon Yusen also accumulated a significant number of transactions, and fell by 1.07% and 2.73%, respectively.

Also, maritime transport companies such as Kawasaki Kisen plunged by 3.61%, and Mitsui OSK cut by 3.73%.

Seoul gained due to a rebound in tech

The Seoul stock market rose today. The Kospi climbed by 0.96% or 28.03 points to 2,944.41 thanks to the rebound by large technology and automotive stocks.

Bargain hunting was the trend today after two days of losses.

Institutional investors made a net worth of about 772 billion won today. Much of those purchases were focused on the technology and motor sectors.

Moods also improved after the dollar advanced against the local currency today.

In the biopharmaceutical sector, Samsung Biologics slipped by 0.6%. However, its rival Celltrion gained 0.47%.

Hyundai Motor, the largest vehicle manufacturer in South Korea, enjoyed a rise of 3.18%. At the same time, its subsidiary Kia Motors progressed by 2.43%.

European shares are on the rise

Quarterly profits of Stoxx 600 companies are expected to have risen by 46.7%, after surging by 152.6% in the second quarter.

The European stock markets are waiting for the publication of inflation figures in the US.

German inflation was confirmed at 4.1% over one year in September.

LVMH, the world leader in luxury goods, expanded by 1.89% after posting organic sales growth of 20% in the third quarter.

SAP, a specialist in professional software, surged by 4.89% after having revised up its outlook for 2021.

The European technology index experienced the largest sector increase, advancing by 2.72%. In Paris, Atos, Dassault Systèmes and Capgemini climbed by 2.68 to 3.1%.

Spie soared by 7.33% after announcing its withdrawal from the auction process for the acquisition of Equans.

As for the losses, Just Eat Takeaway.com shed 2.58% after weaker than expected growth in online meal orders in the third quarter.

Pros and Cons of Invoice Financing