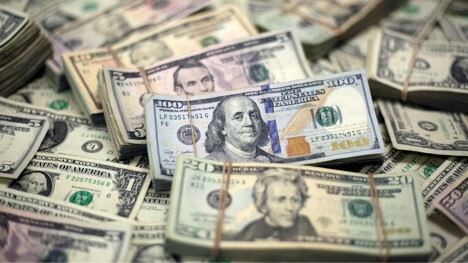 With the US Federal Reserve holding its two-day policy meeting this week, the dollar steadied on Wednesday in Asian markets. This comes as experts expect the Fed will cut the target range for Fed funds by a whopping 25 points.

A Weakened Argument for Easing

String retail data and consumer sentiment this week had spiked fears that the Fed might not be up to implement any easing policies. Additionally, a possible breakthrough in the trade war negotiations between Beijing and Washington cast more doubt.

However, this still comes on the back of a week where all experts had developed some level of certainty. Long gone had the dynamic shifted from asking if the Fed will implement rate cuts to the question being by how much?

Numbers remain the same for the dollar

The foreign exchange strategist also suggests that experts will have to give up their dollar shorts. This is in the event that there are not any major surprises from the Fed after its policy meeting goes down this week. Additionally, he is of the opinion that the major effect will be on the dollar/yen pairing. This he says is because at the moment buying the pound or the Euro is not something feasible.

President Trump, on the other hand, has spiked traders interest in the Sino-US trade developments. This comes after a suggestion by the President that a deal is possible. In his remarks, he suggested that Washington and Beijing might strike a deal before the Presidential elections.

The President also suggested that China is hoping it can hold off talks until after the election to negotiate with someone else. Trump, however, warned that in the event that happens, then the trade deal would be much worse than what they could get now.

President Trump, in his trademark style, suggested that a deal is possible before or after the election. He, however, fueled more speculation by suggesting that if China needs to strike the best deal ever, then the time is now. Previously, there were scheduled talks between Beijing and Washington in September. However, with the month nearing an end, none of the two has made the initiative to host the talks.

As the tug of war continues, both the US and China continue to experience the ups and downs in currency markets. The USD exchange rate with the yuan was 0.1% lower on Wednesday to trade at 7.0866. On the other hand, the dollar and yen inched up 0.1% to trade at 108.19. This particular pair managed to remain steady despite speculation that the White House will next week announce a trade deal with Japan.

Fears of a no-deal Brexit continue to affect the GBP/USD pair. This particular pair saw a 0.1% drop to trade at 1.2486 on Wednesday.