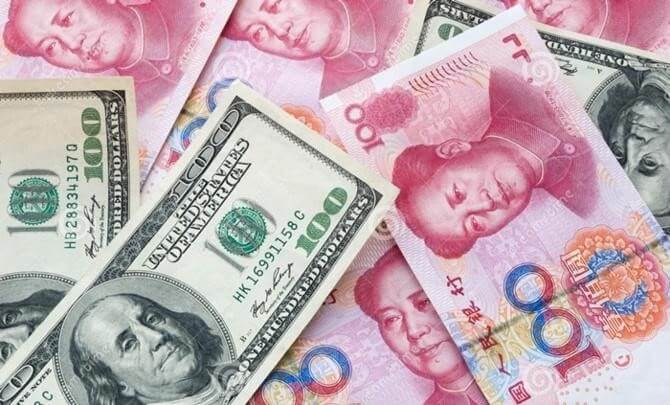 Trade wars between the USA and China continue to rage and with that, more negative effects on the global economy. The recent re-escalation of this has seen the Yuan hit an 11-year low in onshore trading. Offshore trading has not been immune to this either as it also succumbed to a record low. With financial experts have given up on the possibility of an amicable resolution to this, it is interesting to see the steps they will take. Read more about Trade War.

Investors are losing confidence in the Chinese Yuan as was evidenced with a rush to sell by Japanese importers. It is important to note that previously, the Yuan was a safe-haven against economic turmoil. This much confidence is, however, diverting to other commodities such as Gold, which saw its highest price since 2013. Gold was trading at $1,554.56 per ounce, this being the most impressive price in six years.

The effects of the China-USA trade war are not only affecting the Yuan. The Turkish Lira and other emerging Asian currencies have also witnessed a slump. This dive is as investors move their money to much safer assets that guarantee fewer hits with every repulsion from the trade war pitting USA and China. Takuya Kanda, a general manager at the research department of Gaitame.com, predicts worse. In his words, ‘China’s economy is slowing, so the yuan will only fall further unless authorities take steps to stop it.’ This prediction only serves to fuel the panic by investors.

The Yuan fell to 7.1500 per dollar on the Chinese onshore market, this being the lowest since February 2008. On the other side, since the commencement of international trading for the currency in 2010, the Yuan recorded its weakest price point in the offshore market. The price was 7.1850 Yuan.

Japanese investors have since fueled what experts are referring to as a ‘flash crash’. This crash has seen the Turkish Lira plunged to 6.47 against USD and a further 1% to 5.8 on Monday.

At the G7 meeting in France over the weekend, Trump caused a stir with his remarks. The US president stated that he had second thoughts about the tariffs imposed on Chinese imports to the country. The White House followed this up with a statement confirming that the president wished he had doubled the set tariffs. This statement comes after the president imposed a 5% tariff on $550 billion targeted on goods from China. Similarly, China retaliated with tariffs on $75 billion worth of USA made products.

While this is going on, in Asian trading the 10-year Treasury Yield slumped to its lowest in three years, 1.4560%. Additionally, a fall to 1.4568% for the yields by the 2-year debt caused the yield curve to invert.

At the start of August, long-term yields traded below the short-term yields and inverted the yield curve for the first time in a decade. As investors keep a vigil on this curve awaiting its probable inversion again, it is already a sign of recession. However, even with the slightest bit of optimism, the fact that the offshore Yuan is down going to show just how wild speculators have become.

Oil and gold prices on August 26