TRADE AGREEMENT – The United States and Mexico are preparing to have a meeting with the goal of squashing a simmering trade clash.

This comes after US President Donald Trump pledged to slap some punitive tariffs on all Mexican products. Trump has been threatening Mexico over illegal immigration concerns.

According to his chief of staff, Trump was “deadly serious” about the tariffs on Mexican imports.

Meanwhile, Mexican Economy Minister Graciela Marquez said that she would be meeting with US Commerce Secretary Wilbur Ross in Washington.

According to Trump, he will slap tariffs of 5% on Mexican goods on June 10 if Mexico fails to stop illegal immigration.

Trump took to Twitter his threats and doubled down, calling Mexico an “abuser of the United States, taking but never giving.”

“Mexico is sending a big delegation to talk about the Border. Problem is, they’ve been ‘talking’ for 25 years,” said Trump.

“We want action, not talk. They could solve the Border Crisis in one day if they so desired. Otherwise, our companies and jobs are coming back to the USA.” 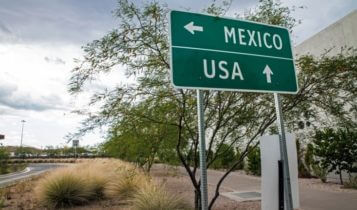 In Capitol Hill, Republicans and business industry allies have raised serious concerns over the possible tariffs.

They said such moves could raise prices for consumers and could hurt the economy.

For others, the threats are only played for leverage, doubting that Trump would actually impose such tariffs.

“It’s going to tank the American economy,” said Senator John Kennedy of Louisiana. “I don’t think the president’s going to impose these tariffs.”

Kennedy also said that the president “has been known to play with fire, but not live hand grenades.”

Meanwhile, Mulvaney downplayed such concerns, expressing doubts whether businesses will pass the costs to shoppers.

“American consumers will not pay the burden of these tariffs,” sazid Mulvaney.

The tariff threats come just after the calls for the passage of the United States-Mexico-Canada Agreement (USMCA). This agreement would replace the old North American Free Trade Agreement.

For some top GOP lawmakers, Trump’s tariff threats could upend the USMCA.

Chuck Grassley, who is the chairman of the Senate finance committee, said last week that such tariffs would “seriously jeopardize” the passage of the USMCA, which requires the Congress’ approval.

In the currency markets, the US dollar index lost 0.4% while the Mexican peso continued to slump. The USDMXN pair rose 2.7% to 19.6689, close to a five-month high.