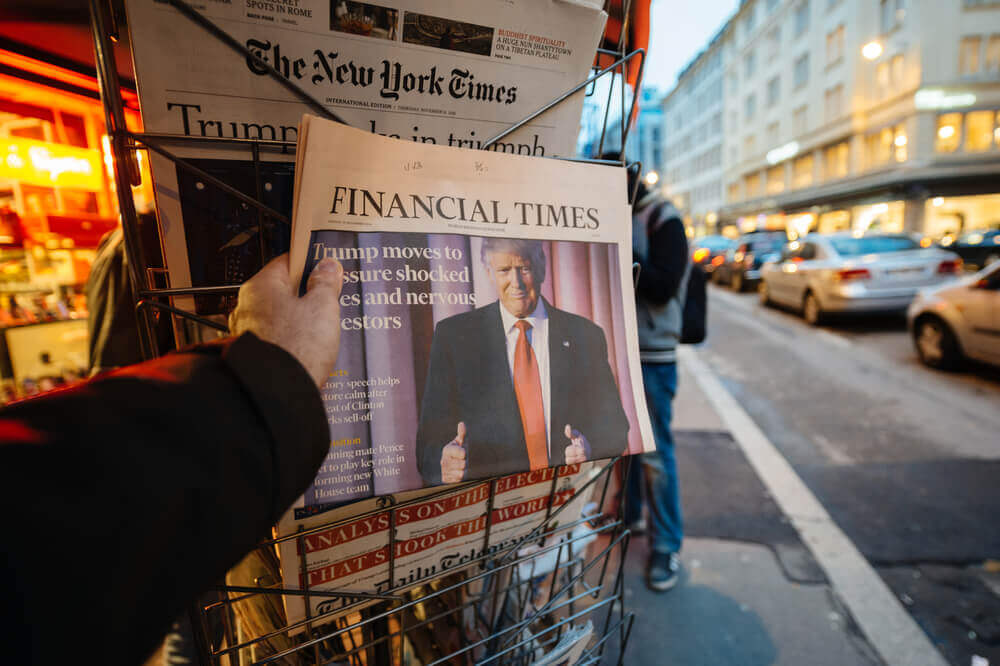 US Economy Holds Risk on Trade Dispute with Allies

Larry Kudlow, Trump’s economic adviser, admitted that trade disputes with its allies could put the US economy at risk.

On Saturday, the-Group-of-Seven finance ministers of industrialized countries expressed outrageous remarks on the US-imposed tariffs on steel and aluminum. They also called Washington to withdraw the said plan.

As the US is appealing the national security as justification for tariffs, Prime Minister Justin Trudeau of Canada was displeased.

“It was frankly insulting and unacceptable,” Trudeau said.

In an interview with Meet the Press, Trudeau pointed out that “The idea that our soldiers who have fought and died together in the mountains of Afghanistan and stood shoulder to shoulder, somehow this is insulting to them.”

“I think he’s overreacting and as a fine friend and ally of the United States, nobody denies that. But the point is we have to protect ourselves,” Kudlow said.

With its rising growth and low unemployment, US economy is clicking on all cylinders as Kudlow pointed out.

Canadian Foreign Minister Chrystia Freeland presaged that the imposition of US tariffs will affect consumers and American companies.

Further, Freeland said that the beggar-thy-neighbor policies didn’t work during the 1920s and 1930s.

“And I really hope people will take some time to reflect on the lessons of history, and not go down that path again,” she said.

US economy continues to reach its peak amid trade turmoil

The spotlight hits to China following the trade turmoil on Trump’s imposition of tariffs on aluminum and steel imports from Canada and EU.

US commerce secretary Wilbur Ross arrived in Beijing on Saturday.

An imposition of 25% tariff on its high-tech US exports if China doesn’t comply with the interest of the administration.

Despite all of these, the US economy is undeniably rising with the low unemployment rate.

Jamie Dimon, head of the JPMorgan Chase Bank, said that “wages are at last picking up, which should sustain consumers and while interest rates will rise, the Fed is not going to push them up faster than the economy will bear. Someday, we all know, there will be another recession. But it is not yet in sight.”