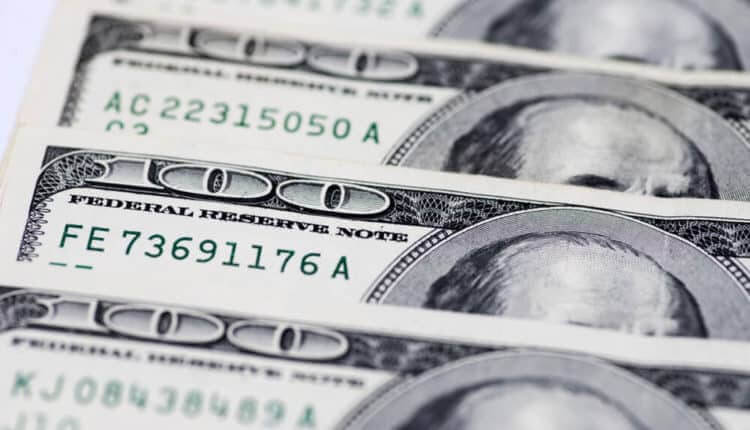 The US dollar saw gains on Thursday after US bond yields surged from three-year lows overnight.

The bond sell-off has gotten out of control, causing a similar rush in stocks and causing concerns.

Stocks supported higher bond yields as they rallied slowly, but the rise in the benchmark 10-year Treasury yield to 1.61% has already triggered a sell-off in global equities. As of Friday, bond yields have declined, with the ten-year yield dropping below 1.50%.

Investors are repricing the possibilities of a rate hike from the Federal Reserve. They ignore President Jerome Powell’s reassuring words earlier in the week and other members like Esther George, the bank’s most optimistic member.

Growth prospects are partly based on President Joe Biden’s $1.9 trillion stimulus package, but that has taken a hit. Elizabeth MacDonough, Senate MP, ruled that an increase in the minimum wage cannot be included in the package. It’s unclear how Democrats, divided on the issue, will proceed.

Thursday’s US data releases were diverse, with durable goods orders exceeding estimates but disappointing in underlying data. Jobless claims were down, but the storm may have skewed the statistics in the southern states.

Despite oil prices remaining above their highs, the US dollar has been the primary beneficiary, rising against the pound, yen, and commodity-related currencies. The euro stands out for holding up relatively well, partly due to rising bond yields on the old continent.

Philip Lane, Chief Economist of the European Central Bank, warned about this increase and hinted that his institution is ready to act. The Bank of Japan and Korean officials issued similar warnings while the Reserve Bank of Australia stepped forward and bought bonds on the markets.

EU leaders advanced plans for vaccination passports and pledged to accelerate the roll-out of immunization. AstraZeneca promised to increase its dose supply. The US FDA is set to grant emergency clearance to Johnson and Johnson’s single-injection vaccine later today after a committee gave its go-ahead. FedEx and UPS are trying to accelerate the pace of delivery of the doses.

The last day of the week and the end of the month will likely experience a swing in trades. Money managers adjust their portfolios to meet the requirements.