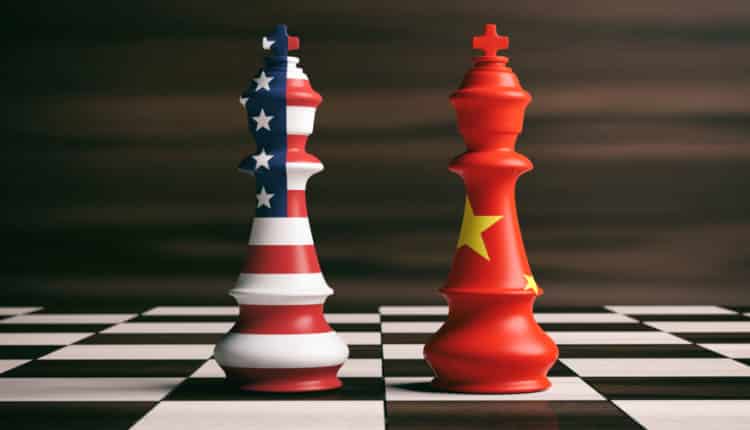 US- China “War of Words” To Worsen Ahead of US Elections

The US and China have been on a continuous and intensive war of words. This has deteriorated their diplomatic relations to its worst levels in decades. It is bound to worsen as the US Presidential Elections approach in November, according to Chatham House Chair Jim O’Neill.

Amidst the downturn of the global economy, the two world’s largest economies have been shifting blame over the origin of coronavirus. Furthermore, the two countries have been critiquing each other over China’s new security law in Hong Kong. The US has severely critiqued China, and the latter blamed the US for interfering in its internal affairs.

O’Neill is also the former chief economist of Goldman Sachs. He has said that the rising tension that the frequent exchange of sharp words caused will only worsen and spill over as US elections approach.

Relations between China and US Are “Not Good”

Speaking during an interview with CNBC, O’Neill exclusively stated that relations between the two countries are “not good”.

According to a statement by China’s foreign Minister Beijing, he is not fond of the deteriorating diplomacy with Washington. However, it is entirely up to the US to stop the provocation of the Chinese government.

In his observation, Jim O’Neill hinted that Trump’s administration might be exploiting the China-US relationship. Specifically for the upcoming presidential elections.

“Given the degree to which the opinion polls appear to be suggesting how far behind Donald Trump is, I suspect we are going to have this on a reoccurring, erratic basis between now and the election.”

He added that, while the two countries might repeatedly participate in the sharp exchange of words and threats, there remains to be whether both will be “followed through with deed and action.”

“I hope not, because it wouldn’t really serve much benefit for the United States or the world.”

However, the US has already shown initiative in taking action. It has issued the directive to close the Chinese consolation in Houston Texas. Some perspective was given by the US State Department’s Spokesperson Morgan Ortagus. He said they went ahead with the action to protect the intellectual property and private information of American citizens. Ortagus also stated that the move indicated US intolerance of China’s violation of “US sovereignty.”

The US threatened to withdraw its special trade relations with Hong Kong. That is if China went ahead in implementing the controversial National Security on the special administrative region. True to its promise, the US seeks to block semiconductor shipments from global chipmakers to top Chinese manufacturer, Huawei.

Expressing the sentiments of many international investors who are worried about the unfavorable economic news from the mess, Peter Toogood, the chief investor at Embark group, stated that he is “very wary” about the intensifying political tension between the two economic superpowers

“That is going to get a little bit of a rally between now and the end of the year, I would say. So be very wary of that. I think it is very real.”

US Secretary Mike Pompeo stated that the US will not play by China’s rules to gain global control. This was in a state address last week. He called on global leaders to persuade China to stay on its lane.

Speaking about China’s disposition to adhere to the rules of a global team player instead of a global usurper, O’Neill said:

“It is very difficult for the Chinese-some of it partly legitimate, some of it more superficial-to play the kind of role that you would expect from such an important nation globally.”

He further added that China’s move to gain global control has been motivated by the “relative decline of Europe”. This is together with the partial decline of the US. This has set the stage for the most capable “post-war institutions” to claim maximum power over the world.

“I don’t think the Chinese are entirely comfortable about trying to fill that role and I don’t quite know how we solve this challenge for quite some time.”

The Economy Faces A Bumpy Ride During Its Healing Phase