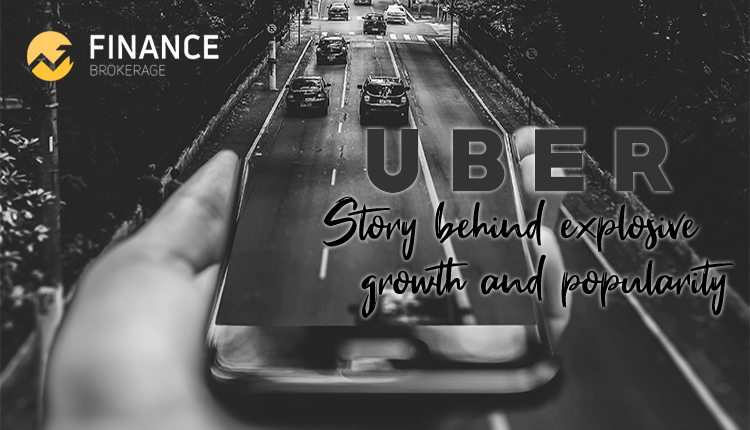 Uber is one of the most captivating technologies of today, with continued growth since the past decade. The company is about ten years which has a tendency to become the highest valued startup private company worldwide. However, the company’s rapid growth comes with various controversies bringing its value down to $48 billion from $70 billion since their last funding in January 2018.

Earlier last year, Softbank Group, a Japanese conglomerate, with a group of investors including Dragoneer Investment Group, successfully bid 20% on Uber’s stock. The deal provided Softbank 15% of the transport network share at the same time Uber became a powerful ally within Asia. The said deal could help Uber stand against few public missteps. Other 5% of the shares also gone to other investors of the group. The year 2018 hasn’t been great as self-driving Uber got caught in fatal failure. To Add up, last August, the New York City Council choose to pause issuance of new licenses to transport network companies including Uber and Lyft.

Even with low company value, Uber had valued more than Ford Motor Company and General Motors Company market cap. Well, how did Uber made it that far in just a decade?

Once upon a time in Paris

Travis Kalanick and Garrett Camp are two friends attended the LeWeb, an annual tech conference that Economist identify as to “where revolutionaries gather to plot the future.”

Some say that the concept of Uber originated on one winter night during a conference when these two was unable to catch a cab ride. The idea talked upon in a limo service which they’ve ordered thru an app. After the said conference, these two went on separate ways, but upon Camp’s return to San Francisco, he resumed to fixated the idea and purchase a domain name UberCab.com.

During 2009, Camp still CEO of StumbleUpon began working on a system model for UberCab as his side project. Towards summer of that year, he persuaded Kalanick to join him as the “Chief Incubator” of UberCab. The transport network service first test occurred in New York within the early months of 2010 with only three cars. The official launch then happened in San Francisco in May 2010.

Uber’s General Manager, Ryan Graves, who is also an important personality within the early stage of the company in August 2010 became the CEO. But in 2010 of December, Kalanick took over as CEO, with Graves considered being the COO and board member.

The simplicity of the Uber app brought the company to its popularity. A GPS identified location, cost estimation and a tap of button booking is an ease for the passengers. During October of 2010, Uber got their first major funding amounting to $1.25 million round commenced by First Round Capital.

During 2010 of October, Uber got a cease-and-desist order from the San Francisco Municipal Transportation Agency. Included to the main issue were UberCab name and the inclusion of the word “cab” on their brand. The issue then brings UberCab to simply Uber. The company then purchase Uber.com domain name from Universal Music Group.

The year 2011 has been crucial for the company’s growth. The company gains an $11 million Series A funding supervised by Benchmark Capital and goes to an expansion in New York, Seattle, Boston, Chicago, Washington D.C. and in abroad at Paris. During December of 2011 LeWeb Conference, Kalanick proclaimed that the company raised $37 million in Series B funding comes from Jeff Bezos, Menlo Ventures, and Goldman Sachs. During 2012, Uber widened out their offering thru UberX launching, providing less expensive hybrid car being the alternative to black car transport service. Around June 2016, the company raised $3.5 billion from  Wealth Fund of Saudi Arabia.

The company isn’t public and is not required to report their earning to the public. However, in April of 2017, the company opened and announced their finances to Bloomberg with a revelation of a $3.8 billion loss in 2016. Uber also told Bloomberg, the more they shift to UberPool (carpooling service) the faster their revenues could grow and the said shift reached the fourth quarter of 2016. That provided Uber a 76% increase with only 5% loss.

It has been a fierce transport company competition between Uber and Lyft. During 2014, both companies claim that their employees and drivers come to a sabotage scenario regularly. For instance, the cancelation of rides on each other’s booking services. Kalanick also admitted his efforts to undermine Lyft’s fundraising efforts in a Vanity Fair article.

The year 2017 has been rough for Uber. The tension began during February upon publication of a 3000-word post by a former female Uber engineer about Uber company’s sexist culture. Allegedly, the company’s corporate culture is very hostile, sexist, and offensive to most people. The said post went viral, and a lot of high-leveled employees was let go or resigned in connection with the said allegations. After the said post, the board calls for internal investigation which was then known as the “Holder Investigation” led by former Attorney General, Eric Holder. The said investigation results in 47 recommendations to improve the culture and work environment, and according to Uber, firing more than twenty staff members.

The forthcoming months becomes haunted for the company and at the same time to the CEO. A lot of letters were released to the press confirming that sexist attitude includes the top down, meaning Kalanick is involve. Kalanick also recorded on video while arguing with an Uber driver for lowering its fares. That didn’t help instead weakens his image to the public.

Uber also got sued by Alphabet’s, Waymo, claiming their former employee stole secrets to self-driving technology. The said case resolved during the early years of 2018. To add up, the New York Times revealed Uber use a feature allowing to operate in illegal areas, which then resulted in a criminal investigation.

During June 2017, Kalanick quit upon a shareholder revolt. Soon Uber announced that Dara Khosrowshahi, Expedia CEO would take over.

Dara Khosrowshahi came in New York during 1978 escaping Iranian revolution with his parents. His career started in a finance investment bank, in which eventually he became the CFO of InterActiveCorp. He holds that position for seven years then become the CEO of Expedia.