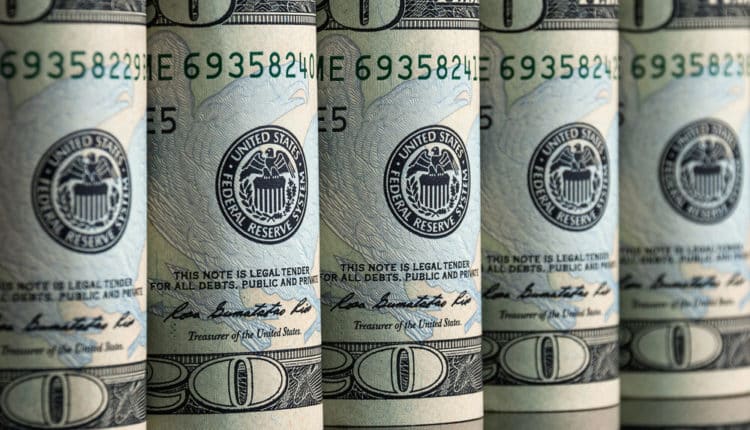 U.S. dollar reached a record low on Thursday. Why’s that?

The U.S. dollar tumbled down to its lowest level in over two years versus major currencies on Thursday. The Federal Reserve held on to its current policy during Wednesday’s meeting. Meanwhile, hopes for more U.S. stimulus, along with a post-Brexit trade deal bolstered traders’ appetite for risk-on currencies.

According to lawmakers and aides, congressional negotiators were backing a $900 billion COVID-19 aid bill in the United States. The dollar index retreated during morning trading in Europe, plunging at one point to a new low of 89.867 versus a basket of currencies.

Mark Haefele, the chief investment officer at UBS GWM, noted that while they expect stocks to benefit further from positive news on U.S. fiscal support and Covid-19 vaccine rollouts, the same cannot be said for the greenback. A broadening global recovery is eroding safe-haven demand for the U.S. currency.

On Wednesday, the Fed stated that it would keep pouring cash into financial markets till the United States’ economic recovery is secure. However, the promise of long-term help fell short of some traders’ hopes of an immediate move. Even though the dollar index climbed up after the Fed’s announcement, the respite was short-lived.

The British Pound boosted due to optimism that the European Union and the U.K. would finally reach a post-Brexit trade deal. The currency surged forward to $1.3615, reaching its highest level since May 2018.

According to E.U. Brexit negotiator Michel Barnier, they made a “good progress” in the talks. However, Barnier also warned that last stumbling blocks stood in the way of sealing a new trade pact.

The Sterling didn’t make any significant moves, but it traded above $1.36 after the Bank of England kept its stimulus programme unchanged while waiting for the Brexit trade talks outcome.

Meanwhile, the euro skyrocketed as high as $1.2244, its highest level since April 2018, before losing some of its gains.

The Swiss franc also increased against the U.S. dollar, hitting a six-year high of $0.8823. The Swiss National Bank maintained its readiness to intervene in forex markets despite being labelled a currency manipulator by the U.S.

According to the U.S. Treasury, Vietnam and Switzerland had intervened in currency markets through June 2020, intending to prevent effective balance of payments adjustments.

Despite that, analysts think the SNB will remain undeterred by U.S. pressure and continue currency purchases. Karsten Junius, the chief economist at J.Safra Sarasin, noted that an independent central bank should not have to justify its monetary policy decision.

S&P 500 rose on Thursday. What about Nasdaq and Dow Jones?

The price of gold broke records in all currencies in 2020