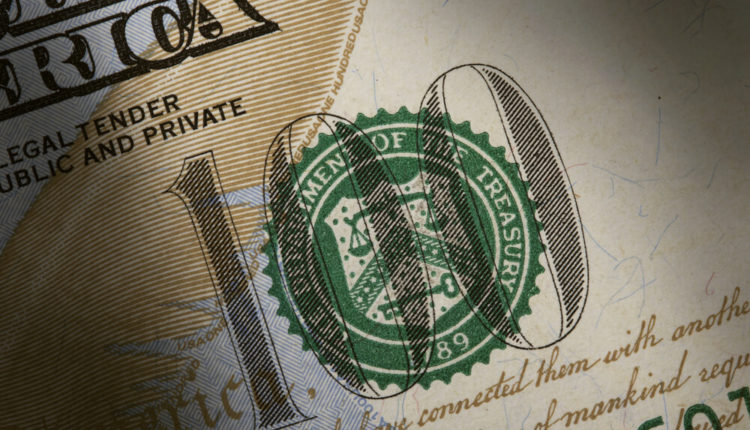 Last Friday, the U.S. dollar was near flat on the foreign exchange market in Asia. Meanwhile, the Chinese yuan declined on forex trading.

On the other side, the U.S. Dollar Index that follows the greenback versus a basket of other currencies moved little at 96.500.

According to some fund managers and strategists, things may get down for the dollar.

A portfolio manager, Jack McIntyre, stated, “We expect to see better growth in the rest of the world ex-USA.”

He added, “The driver of dollar weakness will be a move in relative economic growth rates between the U.S. and the rest of the world.”

Earlier this week, U.S. President Donald Trump said that Beijing and Washington would formally sign the phase one trade agreement later this month.

The declaration eliminated much of the remaining uncertainty about the so-called “phase-1” deal.

Moreover, it has reinforced thinking over Trump’s need for re-election. It will keep an economically destructive trade war with China comparatively contained over the coming months.

A senior foreign-exchange strategist at ABN Amro Bank in Amsterdam, Georgette Boele, stated, “You had safe-haven support for the greenback in 2019, but we have a trade truce now.”

Also, “The dollar is on a path of long-term weakness,” Boele said.

Earlier in the day, the yuan traded somewhat better at the back of news that China’s central bank again loosened its monetary stance.

The bank has also reduced its required reserve ratio to elevate its economy.

In the F.X. trading, the GBP/USD pair plunged 0.3% to 1.3107 amid worry that the U.K. won’t be able to achieve a free-trade agreement with the European Union.

The deadline for the pact is at the end of this year.

Meanwhile, the EUR/USD pair stumbled 0.1% to 1.1165. It was as data indicated the region’s manufacturing downturn intensified in December.

Elsewhere, the Euro U.S. Dollar (EUR/USD) exchange rate dropped today. The pairing at this time is trading around $1.119.

The matter happened after Germany’s Markit Manufacturing PMI for December collapsed to emerge from contraction territory at 43.7.

However, in a statement, Phil Smith, Principal Economist at IHS Market, offered reasons for optimism, stating, “Importantly, the forward-looking survey measures for new orders and output expectations both give off more positive signals as we move into the new year.”

Smith added, “What’s more, the US-China ‘phase one’ trade deal and a potentially clearer path to Brexit make for a more settled backdrop on the international stage.”