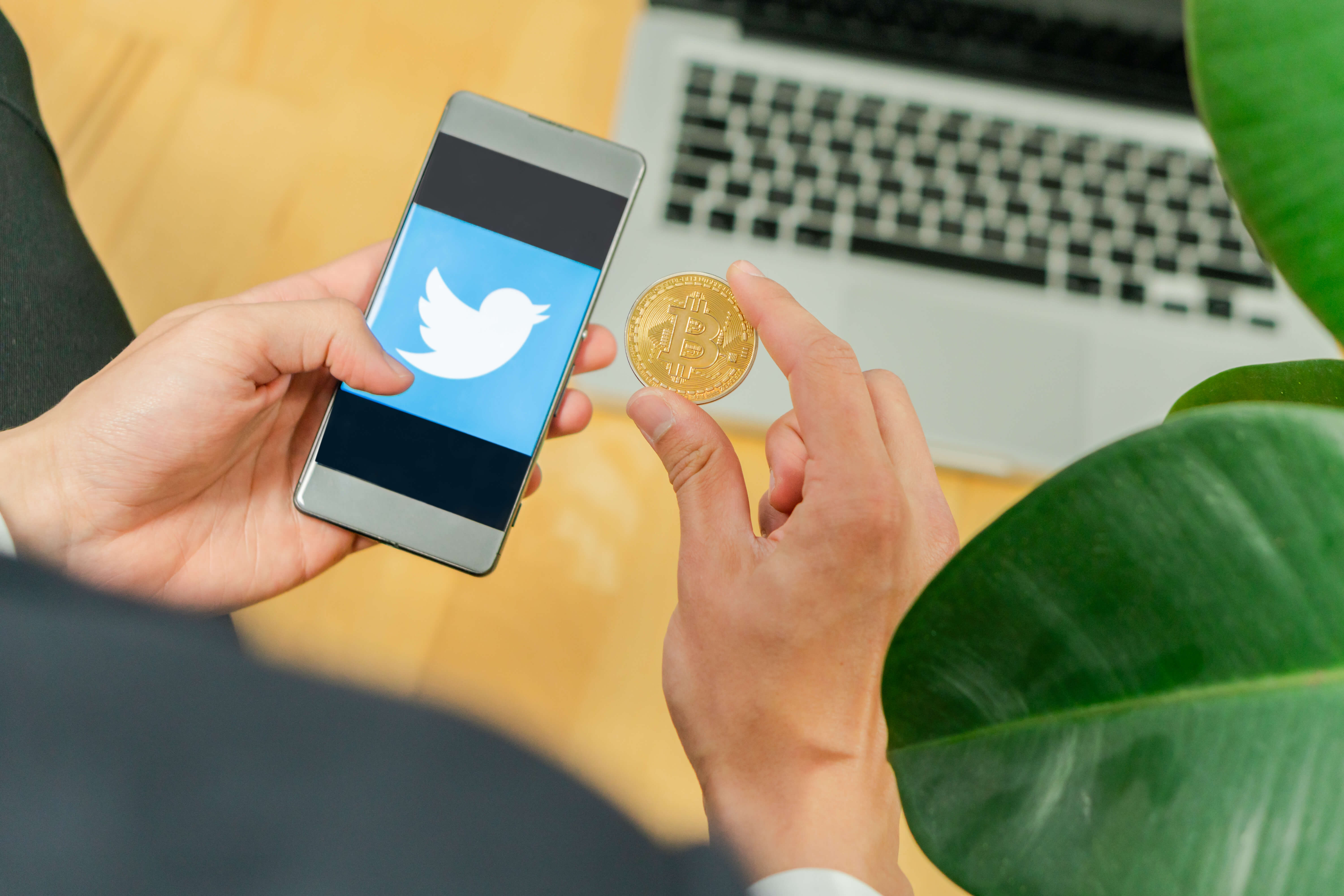 Trump Twitter Rants on Crypto and Fall of Bitcoin

The most-watched and valuable digital token dropped about 10% in a matter of minutes. After weeks of breaking yearly records, BTC reached below $10,000 at $9,872, scaring many investors. The reasoning behind this drop was not evident from the start. Traders considered this to be normal crypto currency behavior after a bullish momentum for so long.

Soon enough traders noticed the actual reasoning behind the drop. On July 12th, US President Donald Trump tweeted his opinions regarding crypto. As you might have guessed, they were not too positive. He started his Twitter rant with a clear view, “I am not a fan of Bitcoin and other Cryptocurrencies…”

It might seem strange to a large portion of the population as to why Trump decided to express his opinions regarding this digital asset. Well, it is due to the new Facebook plans to release their crypto currency. Trump also pointed out the high volatility of the trading tool, referring to is as not money. He then made a clear comparison to the Unites States Dollar, saying how it is stronger than before.

It seems to us that Trump is merely scared of USD losing its value after Bitcoin rises to the top. Many investors expressed similar opinions to them on Twitter.

Brian Armstrong, CEO of Coinbase, referred to this Trump Twitter Rant as an achievement. The president of the United States expressing his opinions on crypto put BTC in the spotlight. Armstrong ended his Tweet with a quote, “First they ignore you; then they laugh at you, then they fight you, then you win.” He thinks BTC just made it step 3. But we believe step 3 happened when talk about regulations began. 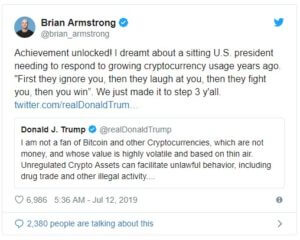 Trump’s rant sparked a massive discussion on two of the most famous social media platforms. People started expressing their opinions on Twitter, creating arguments based on political differences.

But if you are interested to see arguments discussing these tweets from a trading perspective, move on to cryptocurrency Reddit. Sub-forums were blowing up, expressing their opinions regarding the future of BTC following this spotlight.

The real question lies, was this an actual spotlight, or was this the simple 15-minutes of fame for Bitcoin? It is hard to tell, as the market did not like Trump’s opinion. BTC might be on the rise now, getting back to the high numbers of the months, but the long-term impact is still unknown.