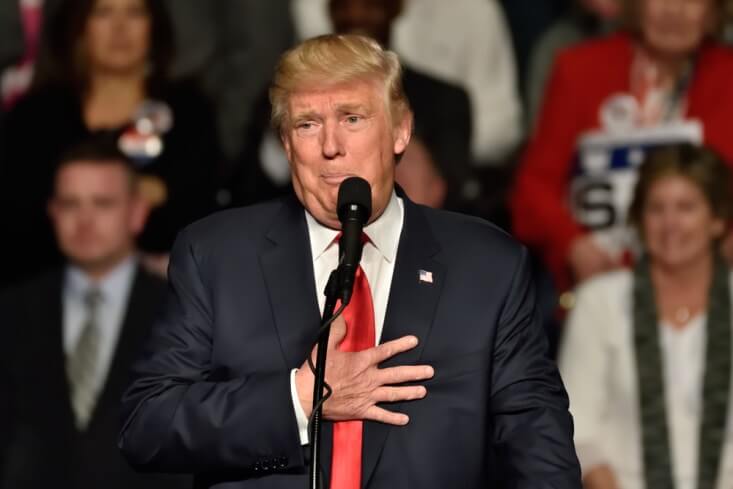 The President of the United States, Donald Trump, and his Democratic opponent, Joe Biden, chose debate more respectfully. They put aside the insistent interruptions of their past debate from Belmont University. However, when addressing the issues raised by Kristen Welker, the NBC reporter, they both offered utterly different views and plans for the country for the next four years.

They highlighted the management of the pandemic, which has killed more than 225,000 Americans. Trump assured that the coronavirus would disappear. Meanwhile, Biden warned that the country was heading towards a dark winter. He also stressed that anyone responsible for so many deaths should not continue to be president.

However, the White House tenant defended his management and promised that a vaccine would be ready in the coming weeks. He also insisted that it’s impossible to keep the country closed.

In the wake of the pandemic and economic recovery, the negotiations for the next fiscal stimulus package were hollowed out during the evening. Biden accused the Senate Republicans of wanting to block any measure that could come to realization.

The Democrat also discussed the New York Times report stating that Trump only paid $750 a year in federal taxes in 2016 and 2017 while maintaining “a secret bank account” in China.

Trump said his accountants had assured him that he “prepaid tens of millions of dollars” in taxes. The Republican took the opportunity to attack the democrat by reminding him that he received 3.5 million dollars from Russia through Putin because he was a friend of the mayor of Moscow. Trump insisted that the Democrat owed an explanation to the American people.

Biden has not detailed what would be his trade policies, especially with China. He said he would work with US allies to pressure the Asian giant to comply with international trade rules. Either you play by them, or you are going to pay the consequences, he said. Biden also confirmed that he would ensure that US companies operating in the Asian country do not give up their intellectual property or control of their ventures with local companies.

On the other hand, Trump accounted for his multiple achievements with China.

Trump and Biden disagreed on another issue, such as the federal minimum wage, which currently stands at $7.25 per hour. Trump argued states should address this matter respectively, but the Democrat advocated raising it to $15.

Another issue was oil exploration and production. Biden said that he would work with other industries to facilitate a transition that ensures the elimination of carbon emissions over time. Trump reminded states relying on fossil fuel production that they shouldn’t trust the former vice president because many Democrats are totally against this method of oil extraction.

EUR/CHF Breakdown of a Falling Triangle

J&J might set talc liabilities to file for bankruptcy