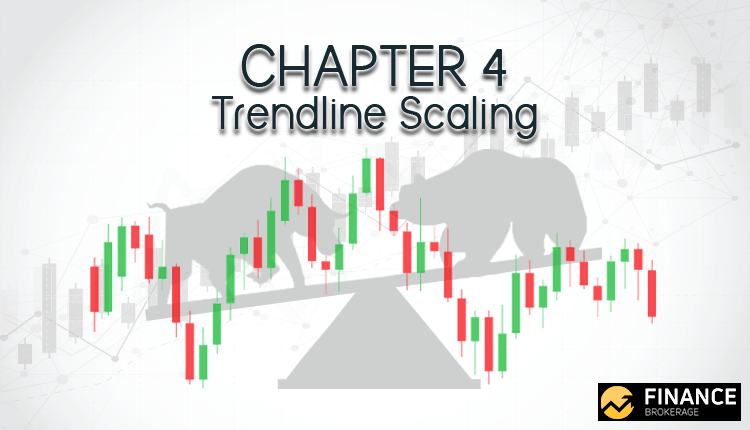 TREND SCALING: IN OR OUT?

Trends are classified as long-term (major); intermediate and; short-term (minor).

The intermediate trend can be very helpful when combined with the charting techniques of VSA. Remember that a scale cannot be applied due to intermediate trend’s height and width. It actually varies even on a single chart.

On a weekly chart, a short-term trend would turn into an intermediate trend on a daily chart and gradually becomes a long-term trend on an hourly chart.

To put a trend into some classifications, the alternative way is to base the classification on the timeframe over which the trend can be beneficial. It is a short-term unless the trend channel is narrow, steep, or broken through counter-trend in the short-term. Meanwhile, a trend is an intermediate one unless it manifests characteristics of resistance in the medium-term.

The scale-free nature of trends is due to the emergence of trends and counter-trends within the overall trends. The process of scaling down a trend to much shorter-term one can do done by reducing the charts’ timeframe and if it is necessary, it can be way down to low-level tick-frame.

Now, what is scaling?

Scaling is a trade management method that lets you reduce potential losses and maximize potential profits. This is despite the uncertainty of future price movement.

What are the types?

There are two types of scaling: scaling in and scaling out. But first, let us get to know more about Scaling In.

Check out the charts below which illustrate and example of multiple entries as uptrend progresses.

What are the benefits of scaling in?

Well, let’s say that you hope of entering into the above trade with a standard lot. The thing, the trade will either win or lose but entering just a fraction of the standard, it could reduce the total risk.

Breaking this position into five divided mini lots on the first entry, the tendency is you will just lose much less than when entering with a full standard lot.

The absence of scaling in into the trade would let you have to trade in the market with your entire position. This means more would rest on your judgment that a trade is correct.

Moreover, you can add an additional amount higher than your intended one. Hypothetically, let’s say that your trade became successful and the initial position you entered became profitable. The moment you place your stop loss above your initial entry point, then you just had taken any emerging risk which you had out of the market. This simply means that there would be a continuous increase in the position size and further adding to the winning trade beyond your intended amount which you entered.

How about the risks of scaling in?

There is a popular risk of scaling into a trade – increase of overall exposure of your account. This is the main reason that there’s a need to apply appropriate money management. This means you would only risk one to two percent of your trading capital on a single trade.

Even though the market trend is in your favor, the danger of the trade reversing against you is inevitable. The more the positions you have, the higher the probability that you will lose. Moreover, upon entering positions as the trend progresses, the following positions that you enter may be of near to the end of the trend. Remember to become cautious when you enter into an established trend. Observe the chart below.

–    This is a common concept. Hypothetically, let’s say that you have a total position with one standard lot in the market and the trade became profitable. Although you have reached your initial target profit, the market could have a continuous point in your direction. In this scenario, there are options where you can close some positions in taking profits and leave some positions open for an additional price movement. Through this, there would be a maximization of your gains by securing the profit that you have. You can do this while still having the position of taking advantage of additional price runs. See the example on this chart.

This chart illustrates that a winning trade was scaled out as part of the position. Further, it was removed from every stage’s upward movement. The first exit was removed from the market as the initial move upward ended which left the two additional positions in taking advantage of the continuous upward trend.

This technique lessens your total profit because primarily you would have the tendency to just leave the entire position open during an entire upward movement. But the thing is, scaling out secures the profit you have. Bear in mind that the market needs to trend in order for scaling out to function well.

NFTs are the future of art, and they are here to stay

Asset management: What is it and how to be a pro in it?