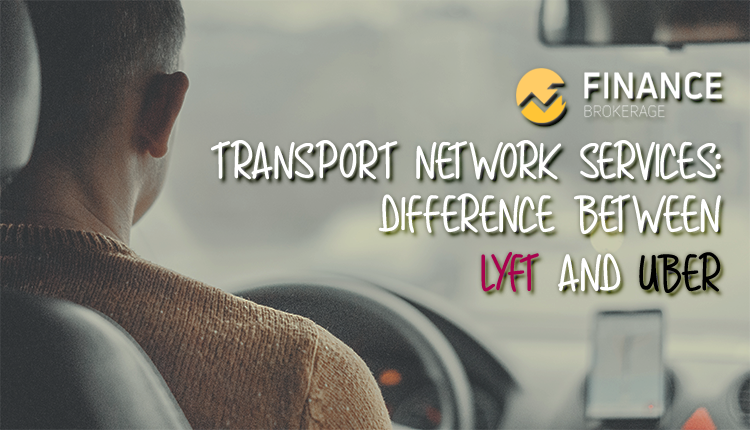 Uber and Lyft, two of the biggest transport network services in the United States may seem similar to the majority. Both are significant and gives a huge impact on the transport service industry. In this post, we’ll further look at the service type, payment, practice, driver & user experience and other matters that make both transport services popular.

Around December last year, Lyft and Uber are considered as privately held companies but with a plan to have a debut unto the public market within this year. Both companies are from/based in San Francisco.

Looking on Lyft’s side, on December 6, an announcement from Lyft officially filed paperwork to Securities Exchange Commission (SEC) with a plan to go public in 2019. The company was at $15 billion value last year upon raising $600 billion in a Series financing round commenced by the Fidelity Management & Research Company. Now the public offering may significantly help Lyft’s numbers grow.

Now let’s look at Uber’s side. The company started in 2009, founded by Travis Kalanick and Garrett Camp, the UberCab. Upon Kalanick’s resignation of being CEO during the year 2017, Dara Khosrowshahi becomes the company’s CEO. August last year, Ronald Sugar became Uber’s chairman.

While Uber provides services to hundreds of cities within dozens of countries, Lyft only operates in the United States, serving every state (50) and district of Columbia. Obviously, Uber has a wider service area which means more people would choose the company’s available servicing area. Both companies operate 24/7, yet still hard to get a ride in the middle of the night especially in small cities. Uber and Lyft transport services are on-demand and will only take few minutes until arrival. Also, in some cities, they offer an advance ride booking.

Uber transport servicing company has a combination of non-professional and professional licensed drivers who also passed driving record and background checks. Uber have various types of services available depending on which cities.

Lyft, similar to Uber, has minimum vehicle requirements. CArs should be at least 205 model year or newer with four doors, without any damage and a working air conditioning.

Lyft’s vehicles were mainly known to have furry pink mustaches in front of their cars, but now they also use a system they identify as the Amp on some vehicles within collected cites. Amp is on the driver’s dashboard and will have a particular light color. Passengers can see the color in the app, allowing them to know which car to look for, helpful techniques, especially at night. All Lyft vehicles should have a sticker of Lyft logo in front and rear windshield.

Uber has a beacon similar to Lyft’s Amp, aiming to help passengers easily find the right vehicle. In the front and back windshields, drivers also have placards with the Uber logo. The apps help both the drivers and passengers find each other, with license plate number and car description.

Uber being the bigger company than Lyft had a lot of negative press. That includes lawsuits of sexual harassments, cutthroat workplace practices, and low worker wages. Uber was also allegedly accused of seeking profit from a New York protest the US Presidents travel van, leading to a #deleteUber social media campaign.

So far, Lyft managed to avoid such controversies. Maybe because of its company size, but recently Lyft was accused by a New York labor group of wage theft.

Recently, there is a report of FBI opening a probe that Uber is using software to track Lyft’s drivers.

Uber’s fares cost is base on the actual fare plus the time and distance rate. It will also vary on the vehicle type and city location. In peak season passengers should also expect increased fares. Advance fare estimation is also available on Uber’s mobile application. Among Uber’s vehicle type, UberX has the least expenses and UberSUV has the most. For selective cities, Uber app does not provide advance upfront fare estimation, but still calculates the total fare at the end of the ride.

For Lyft, fares also vary on the vehicle type, location, total miles traveled, time of travel and charge for each ride plus the service fee. Lyft’s app provides passengers an advance and exact fare price in selective cities while an estimated price to others.

Both companies have a growing market share compared to traditional transport service (taxi) across the United States and abroad. As of May last year, Lyft showed market share stats for the first time, estimating that they have at least 35% of the U.S. transport service market and have the majority of share multiple markets across the United States.

Uber also lose market share on the early months upon the leadership of their CEO Dara Khosrowshahi, who thought of getting the top spot of the company after the departure of co-founder/former CEO Travis Kalanick during the year 2017. As of August 2018, Uber is accounted to have 70% of U.S. transport service market share. However, Lyft is accounted to be the strongest within the West Coast of the United States.

Both companies are getting popular, and their growing trend having multiple workers means of employment. Uber and Lyft have complex rewards and payment system for their registered drivers. Drivers earn bonuses base on the number of rides, frequencies, and a lot more factors. In some cases, Uber estimates each of their drivers can make up to $25 per hour. But still, with the certain cost including gas, insurance, and cleaning, driver’s actual hourly rate would vary.

The exact amount of money earned for both companies still remains a puzzle. But there are some who sign up to be part of both systems, well not much of a surprise for this type of industry.

For both Uber and Lyft’s customers, reviews of rides, payment, and account management are processes within each application. Each mobile applications are created to have a user-friendly platform with a 24/7 support.

For most passengers, there are a lot of factors influencing their decision which to choose among these two popular companies. Most factors considered are the controversies both companies had. Price differ factor also an influence for the majority, choosing which is cheaper against the other.

Both companies then decided to end a policy requiring victim passengers of sexual assault to resolve cases through arbitration opposing the criminal justice system.