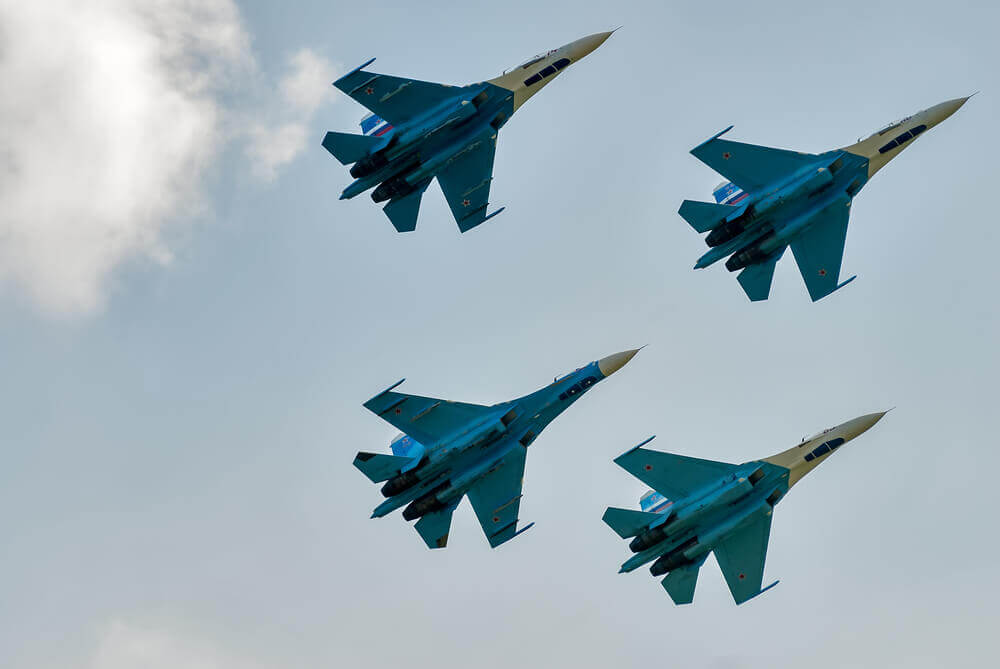 Trade War: US Sanctions China for Purchases on Russian Jets

TRADE WAR – On Thursday, Washington has imposed sanctions on Chinese military for purchasing Russian fighter jets and missile systems. This action was in breaching of a sweeping U.S. sanctions law punishing Moscow for its interference during the US election in 2016.

According to the U.S. State Department, it would impose immediate sanctions on the Equipment Development Department (EDD) of China. EDD is a branch of the responsible for weapons and equipment with its director, Li Shangfu. The director was reportedly seen engaging in “significant transactions” with Rosoboronexport, the main arms exporter of Russia.

Moreover, the State Department said that the sanctions are associated with China’s purchases of 10 SU-35 combat aircraft in 2017 and S-400 surface-to-air missile system-related equipment in 2018.

The EDD and Li were blocked by Washington from their possible application for export licenses as well as participation in the US financial system. Further, they were added to the list of specially designated individuals with whom Americans are barred from doing business by the Treasury Department.

The 33 entities and people associated with the Russian military and intelligence were also blacklisted by the United States. Moreover, they were added in a list under the Countering America’s Adversaries through Sanctions Act, or CAATSA of 2017.

As the trade tensions between the United States and China are growing, India has urged China to end a years-long ban on rapeseed meal imports. This was addressed during a meeting on Wednesday with government officials and feed makers that aims to increase the critical farm goods’ sales.

The meeting took place at India’s embassy in Beijing, according to an Indian government official and a soymeal purchasing manager who attended and told Reuters. The meeting was held to demand China to have a continuous buy of rapeseed meal, which is a key ingredient in animal feed. Further, it aims to canvass interest in the major agricultural products of the country, the two added.

China was the top buyer of rapeseed meals in India. In 2011, Beijing banned the purchases of rapeseed meals due to quality concerns. Meanwhile, China made an import of $161 million worth of Indian oilseeds in 2011.

“The meeting in China ended without any concrete results, but there will be more meetings in China and Delhi on this issue,” said an Indian government official who was one of the sources.