The continued trade war with the U.S. has gone on for more than a year and shows no signs of decrease.  Trade war tensions remain unsolved. China’s GDP plays a huge role in this game. China seeks to beef up its domestic economy. Contributes more to growth than its exports. 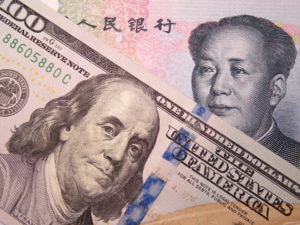 That is why China has chosen one of the best options of acting in this situation, which is to wait it out. The world’s second-largest economy is increasingly being driven by the power of its consumers — not trade.

The Chinese government is buying time in terms of using this “window” to restructure the corporate sector and the domestic economy.

As analysts say, external trade makes up only a “very small portion” of China’s economy.  It forms only about 20% of its gross domestic product, the majority of which is not the U.S.

China is well capable of playing the long game in the situation. In fact, Deutsche Bank stated in one of its reports that as much as 80% of China’s exports went to countries other than the U.S.

What is China’s current strategy?

Obviously, China is trying to battle the trade war situation as peacefully as possible. U.S. President Donald Trump said he would boost tariff rates on $550 billion of China Import Tariff rates, as a payback option.

China’s current strategy is endurance. The main goal is to take the higher US tariffs, to preserve China’s economic resilience. As an answer to the current U.S. statements China 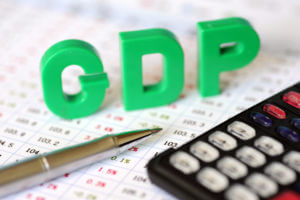 plans to impose new tariffs on $75 billion worth of American goods.

U.S. economic tariffs aimed at the Chinese market.  But as experts state, China’s headline gross domestic product number was “barely affected” even after its exports started to drop at the beginning of trade war — March 2018.  Therefore, the expectations that trade tension would affect the growth of the market were overrated. First-Half of  China’s gross domestic product growth this year was still 6.3% — even with tariffs already affecting its exports.

Betting on consumption too much?

Meanwhile, the Chinese market is actively working on measures to boost consumption, including the possible removal of restrictions on auto purchases.

China’s State Council added that it plans to reconstruct malls, old factory zones. In the near future, they will transform them into commercial complexes, gym, and entertainment centers.

Beijing work on “the night economy,” project and plans on extending retail hours to promote with convenience stores and restaurants staying open longer.

Meanwhile, China will also try to reduce its reliance with the U.S. It will diversify its supply chains and accelerate its opening up to other countries.  As the experts suggest this, will help the Chinese economy and increase the cost for the US in a China trade war.