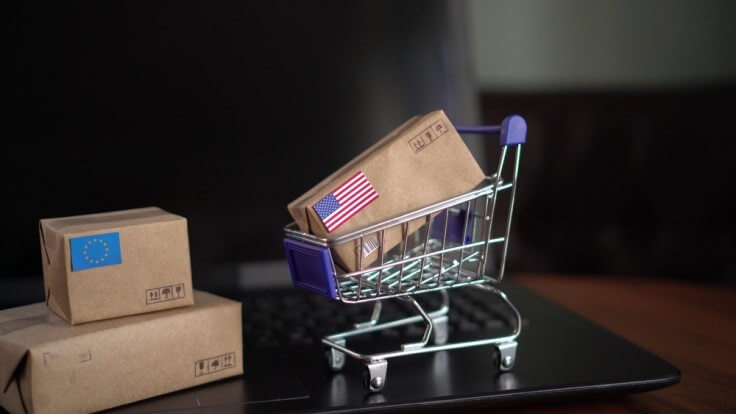 TRADE AGREEMENT: A trade dispute between the United States and the European Union would be a mistake in terms of economic and political consequences, according to French Finance Minister Bruno Le Maire.

On the backdrop of an already sluggish economic growth, a trade war between two of the world’s biggest economies should be avoided.

“We have to avoid a trade war. We’re facing a slowdown both at the global level and the European level and the reason why there is such an economic slowdown is that there are trade tensions all over the world,” said the French minister at the World Bank and International Monetary Fund meeting held in Washington.

These statements came as a response to the apparently escalating tensions between the EU bloc and the US, coming after US President Donald Trump’s scathing tweets about the EU for “being so tough”.

“Too bad the European Union is being so tough on the United Kingdom and Brexit. The EU is likewise a brutal trading partner with the United States, which will change,” tweeted Trump.

Trump has called out major trading partners like China, Canada, and the EU for what he considered unfair trading practices. The POTUS has slapped major tariffs on some US imports, straining the country’s trade relations globally.

Economic Slowdown, Brexit, and the EU

This week, the IMF revised down its economic growth forecast for the third time since October, marking a 3.3 percent growth for 2019, down from an earlier estimate of 3.5 percent.

The IMF said European economies would be major contributors to this slowdown.

According to Pierre Moscovici, who is the European Commissioner for economic and financial affairs, taxation, and customs, the region is expecting another heavy economic blow – a no-deal Brexit from the UK.

Earlier this week, the EU reached an agreement with the UK to move the Brexit deadline to October 31, which wasn’t the first extension of the proposed divorce.  Moscovici said that the parties involved would use the next six months to guarantee the UK’s smoother exit from the bloc to avoid further slowdown in the EU and global economy.

“Let’s avoid a no-deal (Brexit). We must really find a way to live together and for that, a deal – I don’t know which deal, it’s up to the UK to say precisely what they want – is much preferable to a no-deal,” he said.