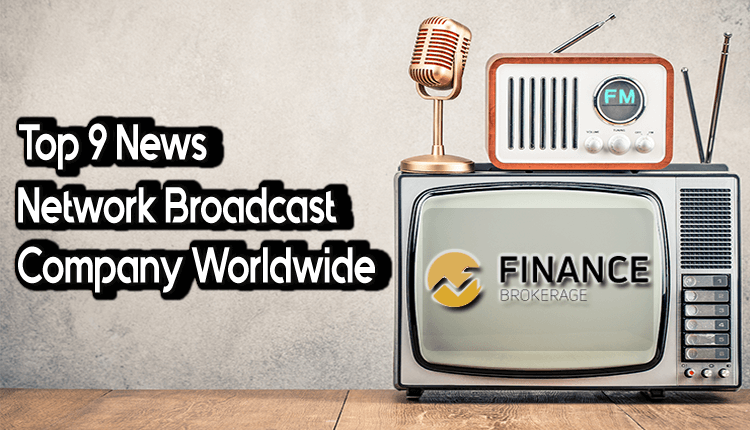 News, in general, is necessary for making the world go around well, especially to those who make a financial decision based on their trusted news network. May it be a sports news, local news or a weather report, news have powerful impacts on people. There is various way of accessing news: Online (digital), print (magazines and newspaper), and broadcasting (TV and radio).

The reach of the audience is critical in predicting the potential of the news broadcasting company. Now, it would be better to know and keep in mind of the companies which diversify further in investing in non-news related businesses including software, data analysis, and real estate services.

In this post, you’ll know the top news companies and their market cap figures (as of November 2018). Let’s now list down from starting straight from the top one.

Tribune Media Co. has a television and digital channels in which provides news, entertainment, and sports programs. The company owns more than 40 tv stations. Even its WGN America reaches more than eighty million households. They also make strategic investments in other media business such as TV Food Network, Classified Ventures, and Mashable.

A UK-based company was established during the year 1922 and was listed on the London Stock Exchange. The company has a significant presence worldwide via subsidiary DMG World Events and DMG information. Daily Mail and General Trust also operate in data analytics, information, and entertainment.

A large media group founded in 1878. The company operates TV stations, newspapers, and local & national digital media websites. The company’s business was split among three streams – television, newspapers, and content syndication (and other such as the Scripps National Spelling Bee).

Daily Journal Corporation operates as an information servicing provider via print and digital media mainly in California and Arizona. The company’s most known brands are The Los Angeles Daily Journal, Daily Commerce, The San Francisco Daily Journal, The Daily Recorder, The Inter-City Express, The Orange County Reporter, Business Journal, and The Record Reporter.

The company focuses on local newspapers such as The Dallas Morning News, The Providence Journal, and The Denton Record-Chronicle.

The company has 30 daily newspapers, non-daily newspapers, web portals, and digital publications including advertising services within 29 markets in the United States. The company’s holdings include the Star-Telegram, The Sacramento Bee, The Kansas City Star, the Miami Herald, The Charlotte Observer, and The New & Observer.