The influence of oil prices on the oil producers

Oil Prices have huge importance for oil-producing countries. The money they earn by selling one of the most well-known commodities is an essential source of income. It means that the oil sector relies on the global economy as regional tensions and trade disputes affect oil prices.

Oil prices are not at the same level as it used to be, and there is a risk that oil might become even cheaper. Falling prices of Brent crude and West Texas Intermediate (WTI) is a severe problem. Oil producers and organizations which defend their interests are in a tough position.

OPEC and the global economy 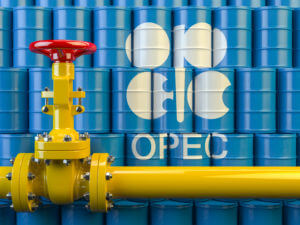 The organization of the Petroleum Exporting Countries (OPEC) as it is known dates back to 1960. Headquarters of the OPEC is in Vienna, Austria. Currently, there are 14 member states. Some of its members control the most significant proven reserves in the world. However, it does not mean that all of them have the same ideas regarding the oil sector. One interesting fact about this organization is that regional rivals Iran and Saudi Arabia are the members of OPEC.

There are other issues, as well. For example, OPEC and its allies are trying to keep the oil prices from falling by reducing daily oil production. However, Iraq failed to comply with this agreement. It is worth mentioning that Iraq is the second-biggest oil producer in OPEC after Saudi Arabia.

For more than two years Iraq exceeds the amount of daily oil production. In 2017 OPEC+ signed a deal when Iraq was starting to recover from after the military conflict. The Iraqi government argued that to solve the problems created by war, they had to keep oil production. They explained this decision by saying that to rebuild the country they needed money. It is essential to mention that 90% of state budget derives from the money earned by selling the oil.

For example, in August daily oil production reached 4.88 million barrels.  According to the agreement Iraq’s quota was 4.5 million barrels per day. It means that the country exceeded the daily limit by 370,000 barrels. In July, daily production was lower by 100,000 barrels. However, this amount was still more than agreed by the OPEC members.

De Facto leader of OPEC is Saudi Arabia which is happy with the ongoing situation. Saudi Arabia made it clear that OPEC members should comply with the quotas. It is not surpassing that Saudi Arabia expects that countries will follow the quota. The country itself decided to reduce the daily oil production by half a million barrels of oil.

Oil Minister of Iraq Thamer Ghadhban said that starting from October Iraq will reduce oil production. He made this statement on Sunday. By doing so Iraq will comply with OPEC production cuts after more than a two years after signing this deal.