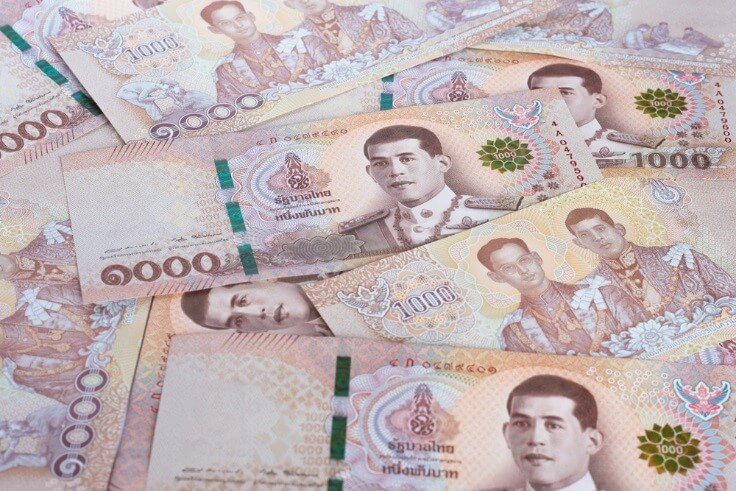 Yesterday, the Thai central bank’s September 25 meeting minutes went available to the public. It showed that the monetary authority was planning to curb future risks by preserving monetary policy space.

The central bank remained defensive over the strengthening of the Thai currency’s impact on the economy.

Because of that, it’s now considering additional measures to rein on exchange rates, the minutes showed.

So far this year, the baht already gained 7% against the US dollar.

Behind the currency’s strength were the country’s large current account surplus and fund inflows.

Yesterday, the currency traded 30.32 against the dollar. This level is its highest in more than six years.

According to Bank of Thailand governor Veerathi Santiprabhob, the authority would relax regulations on fund outflows.

The goal, the governor said, was to help keep a balance on the fund flows.

During the September 25 meeting, policymakers put the policy rate on hold at 1.50%. It came after the surprise rate cut in August, which was the first time since April 2015.

The Joint Standing Committee on Commerce, Industry, and Banking announced that it slashed predictions for the year.

For comparison, the previous estimate was between 2.9% and 3.3%.

The committee also slashed its export prediction between -2% and 0%.

According to it, the growth forecast revision reflects the uncertainties that large economies around the world experience.

Uncertainties exist mainly in the protracted US-China trade war as well as the effects of the stronger baht.

The committee said indicators in July and August suggest a weakening of economic growth in the third quarter.

It predicts that the “Eat, Shop, Spend” government economic campaign will inject 20 to 30 billion baht to the economy. The campaign has proved popular with Thais.