Tensions in the Middle East and oil prices

The oil industry is crucial for any country. It is one of the most important commodities, and this fact makes it more vulnerable to price fluctuations. It is no coincidence that oil prices increased by more than 19% after the attack on the oil processing plant. The attacks perpetrated by the Houthi rebels resulted in the biggest price hike in more than 28 years. Even though Houthi rebels claimed responsibility it is impossible to prove that without investigation.

Saudi Arabia is a key player in the global market. It means that the attack on its facilities can disrupt the oil sector for a certain amount of time. At the moment, state-owned company Saudi Aramco is in a peculiar situation as it has to reduce the daily oil production. There was a time when the country was the biggest oil exporter in the world. However, that title now belongs to the U.S. This incident might jeopardize the share of the market which Saudi Arabia controls in 2019.

The Energy Minister of Saudi Arabia is going to address this incident in several hours. Prince Abdulaziz bin Salman has to answer any questions regarding the extent of the damage caused by the drone attacks. Moreover, there are other concerns as well such how long it will take to repair the infrastructure.

The response of the oil sector 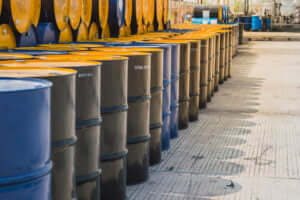 The recent price hikes showed that even the attack on the world’s biggest processing plant is not enough to increase the price in the long run. The Energy Minister of Russian Federation Alexander Novak made which reflects the current state of affairs.

He said that oil prices rose due to risks associated with an attack on Saudi Arabia’s oil infrastructure. On Monday, Novak stated there was no shortage of oil in global stockpiles.

The U.S. Energy Secretary Rick Perry said that the U.S. was monitoring the situation and would act accordingly. Perry is also confident that the oil market will deal with problems. The comments made by U.S. and Russian government officials underline the fact that even losing 5% of global production is a huge problem.

Perry also mentioned that he was given the green light to use the strategic oil reserves. However, he did not provide any details regarding the amount government is going to use for this purpose.

It is worth mentioning that the attacks on the oil facilities in Abqaiq and Khurais caused the problems for the oil sector. It was the largest single disruption in 50 years. As a result, Saudi Arabia had to reduce oil production by 5.7 million barrels a day.

The situation remains tense as such incidents underline the fragility of the peace in the region. At the one hand is Houthi rebels supported by Iran. On the other hand, is Yemen’s President. Saudi Arabian led coalition support the president of Yemen.

Oil prices fell on Tuesday due to the market instability amid the fears of further escalation.

DAR Token remains in the spotlight. Why does SHIBA…