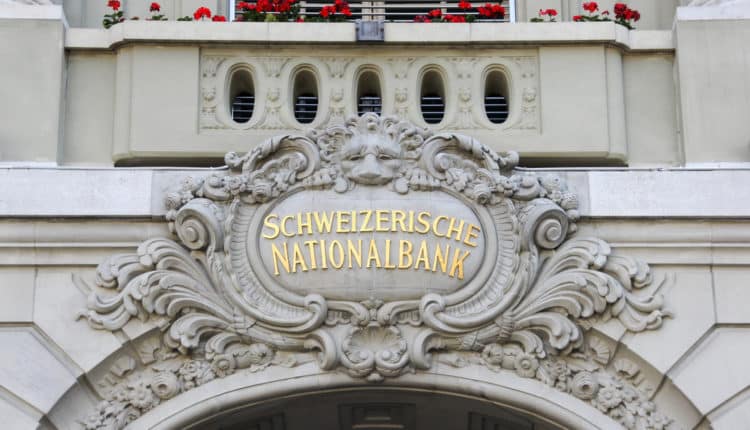 The Swiss National Bank is one of the country’s oldest and most prominent institutions. It started operating near the start of the last century, in 1907 and serves as the sole issuer of Swiss franc banknotes. It’s also in charge of developing and integrating the country’s monetary policy. Initially, the SNB was an answer to the overabundance of banks in Switzerland. Namely, in the period after 1826, there were 53 different banks, and the number needed to be cut down drastically.

In 1874 the country revised the Federal Constitution to give the SNB’s predecessor the obligation of overseeing banknote production laws. Another revision that came more than a full decade later, in 1891, it received the exclusive right to issue banknotes. The organization later shifted into the SNB that holds the name to this day.

During World War I, by order of the Federal Council of Switzerland, the bank issued small denomination notes for the first time. The same council devalued the local currency in 1936 in order to make it available for the bank. As such, it stores the amount in Swiss franc to use for future critical cases.

The bank’s more recent endeavours included research in optimizing the design of banknotes. The task included Orell Füssli, a prominent printer and bookseller, and Landis+Gyr. In 1994, the Confederation defined the bank as a joint-stock company. At the time, it had eight branches and as many as twenty sub-branches, with 566 employees assuring its smooth functioning.

The governing board sits at the head of the Swiss National Bank, determining the direction it wants to move in. Perhaps one of the most critical occurrences for the bank happened in 2004. Namely, through the inclusion of article 99 in the Federal Constitution, the bank officially became independent.

Responsibilities of the Swiss National Bank

With that short history lesson out of the way, it’s time to look at how the SNB actually operates. As the country’s central bank, we can expect it to have quite a broad range of responsibilities and activities. Here we’ll go over some of them to establish what falls under the bank’s duties and what’s outside them.

The first group of responsibilities is precisely what you’d expect from a bank – handling money itself. That includes both physical currency and processing and registering electronic payments via cards and such. As we mentioned earlier, the bank is the sole Swiss franc issuer, and as such, it determines the amount of currency printed. Beyond notes, the bank’s role also includes coins. The national bank also watches over inter-bank cashless payment transactions, which get settled inside the Swiss Interbank Clearing (SIC).

A similar role involves the investment of currency reserves. Those maintain and manipulate the Swiss franc’s strength and can be invaluable in times of emergency. Additionally, the bank is in charge of moves that can influence the currency’s value in foreign exchange markets. It’s also the Confederation’s banker, processing all its payments, carrying out money market and foreign exchange transactions, and issuing market debt register bonds and claims.

The bank also operates on an international level, participating in cooperation and providing technical assistance. Beyond regulating currencies, the Swiss National Bank also plays an important role in ensuring financial stability. Its role as a financial arbiter adds to the overall solidity of the entire economic system. It predicts and reports potential risks before they occur and oversees crucial financial systems. As such, the bank has somewhat of a role as a financial regulator besides its primary one.

The primary bodies that determine the functioning of the Swiss National Bank are the Bank Council and Governing board. The former consists of 11 members that oversee and conduct the bank’s business. The federal council appoints five of the 11, including the two most important spots, the president and vice president. As for the latter, it’s the bank’s executive and management body. It’s in charge of particular monetary policy, contributing to economic system stability, asset management strategies, and international cooperation.
As the bank has many shareholders, it also holds an annual meeting to listen to their requests and direction. The General Meeting of Shareholders is held annually and usually during the month of April.