Wall Street closed this Monday in a mixed zone. Its primary indicator, the Dow Jones Industrials, advanced by 0.70%, with investors betting on the economic recovery at the beginning of May.

By sectors, the highest increase was for energy companies with a 2.91% increase. Basic materials gained 1.53%, and the health sector increased by 1.17%. Conversely, the non-essential goods sector yielded 0,66%. 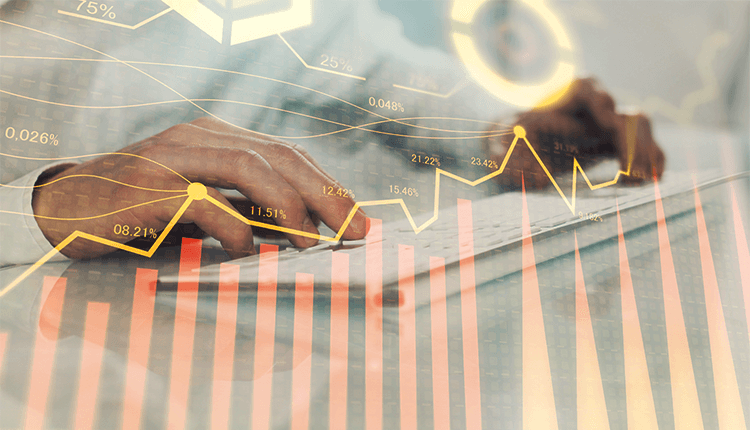 The New York stock market opted for actions related to the return to normality after the covid-19 pandemic.

New York, New Jersey, and Connecticut states will raise most of their capacity restrictions this month.

Investors bet on the shares of retailers such as Macy’s or Gap and more moderately on those related to tourism.

On the flip side, there were mixed data in terms of productive activity. The IHS Markit firm showed record growth in April, but the ISM index pointed to a slowdown, which puzzled the market.

Wall Street said goodbye to April with solid gains. The Nasdaq gained 5.4%, the selective S&P 500 added 5.2%, and the Dow Jones Industrials increased by 2.7%. The three indicators were close to their records.

Half a dozen firms ended in the red, with the most significant losses for Salesforce and Intel.

In addition, Verizon rose by 0.22% after announcing the sale of its media business, which includes Yahoo and AOL. Apollo investment fund dropped by 0.54%.

The shares in Asia-Pacific have ended the day mixed sign on Tuesday, with major markets in Japan and China still closed for holidays.

Hong Kong’s Hang Seng Index advanced by 0.25% in the afternoon. In Taiwan, the Taiex seemed doomed to a new day of losses, with a fall of 2.05%.

The broader MSCI index of Asia-Pacific stocks outside of Japan barely changed.

The Reserve Bank of Australia reported on Tuesday its decision to maintain its current policy, including keeping the interest rate at 0.1%.

Meanwhile, official data released on Tuesday showed Australia’s trade surplus narrowed in March. As demonstrated by the Australian Bureau of Statistics, the seasonally adjusted trade surplus for March was Australian $5.574 billion (about $4.31 billion). This figure represents a decrease of more than 2 billion Australian dollars compared to February.

Domestic indices had opened higher on Tuesday as investors witnessed a decrease in the number of Covid-19 infections. However, they erased gains soon to trade flat since risks remain high.

Manish Hathiramani, proprietary index trader and technical analyst, Deen Dayal Investments, stated that Nifty remains unsure of its direction. Strong support lies at 14,400, which it can not break, and solid resistance level is at 14,700, which it is unable to get past convincingly.

The market is expected to remain resilient, supported by the positive news on the coronavirus pandemic. Based on the latest data, covid-19 infections have dropped steadily in 13 states, including Maharashtra.

This can further support the trade. Quarter 4 results continue to be good across sectors.

Sugar stocks on a streak of profits

Sugar stocks have been on the rise. Analysts are optimistic about the companies’ profits. Brazil’s sugar output decreased by 23% in late March, which resulted in a gain in global prices. At the same time, there are expectations of a rise in exports from India.

In a weak market, the sugar industry rallied by around 15-20%.

The stock markets of Europe point to a session of consolidative cuts after the day of moderate increases registered yesterday. The leading continental indicators have opted in recent sessions to consume time to alleviate the main threat that can stop the possibility of higher rises and overbought.

Analysts believe the consolidative cut phase should still be longer so that it serves to reduce the current overbought. This is needed to be able to recommend medium-term-oriented purchases again.

It is not ruled out that an eventual fall may find a break before reaching that 10% drop from the maximums registered. Specifically, for Euro Stoxx 50, a return to 3,785 points could be seen, which would be a perfect throwback or return to old resistance such as last year’s high.

Meanwhile, in the German Dax 30, the minimum required to show strength in overcoming the resistance of 13,355 points.

Fanadise offers exclusive terms to creators. What about FAN?