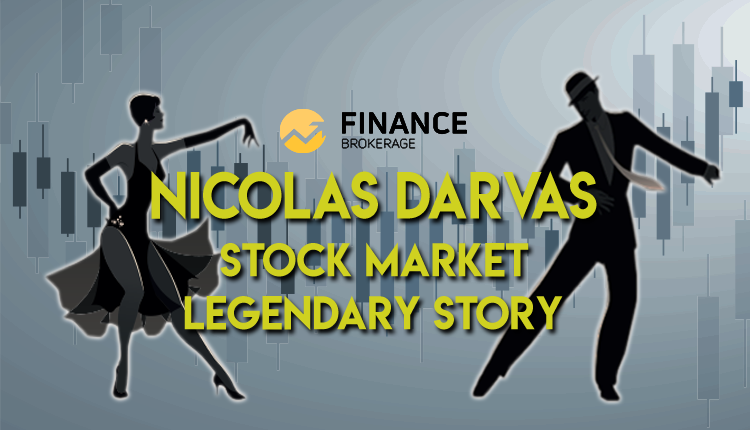 During the late 1950s, Nicolas Darvas was part of the highest paid dance team in the show business. In that time, he went on a world tour, dancing for a sold-out crowd. During that same time, he was making a move towards becoming a Wall Street legendary stock trader.

Amazingly, Darvas made his $36,000 trading investment to a more than $2.25 million within three years. Majority of traders still believes that Darvas’s strategy and method still work. Arguably, new investors must also try studying his book “How I Made $2 Million in the Stock Market,” written in 1960.

Darvas got through an unusual path on his way to stock market success. Fled through Hungary ahead of the Nazis, he reunited with his sister and began professional dancing in Europe after World War II. If not performing, he was taking his spare time studying the stock market. In those times, he gained facts and understanding on how trading risky profit. Eventually, this became his key to success.

It all started in uncertain and speculative Canadian stock markets. That first purchase brought more than 200% profit. But Darvas’s initial success didn’t last long. He had a rough path within the Canadian markets which soon took his profits including some of his capital investments. Years later, he brought his trading mentality to the New York Stock Exchange.

In his generation, stock investing isn’t easy. Investing in the 1950s requires full broker services. The most common investment mentality is buying high-quality then dividend-paying stocks. The commissions then were high, and investors favored got income over capital gains. Darvas took his techno-fundamental investment theory in the market without consideration on the dividends and defined stop-loss points.

Darvas identified his trading candidates by applying a notable fundamental filter. He was always looking for industries that he’ll expect to do well for the next 20 years. In his times, electronics, missiles, and other various technologies fascinate the public. Companies within these fascinating technology industry could lead to high-profit growth.

That kind of mentality made Darvas understand the stock market and provided him high profit by aiming at the next big thing. In his late 1800s book, he pointed out that railroad companies were ruling the Wall Street. A generation later, automobile companies represented the new emerging technologies. Investors are always searching for products falling for the category as something new or exciting. Darvas was always looking for industries with the greatest potential in the market.

Nicolas Darvas created a watch list of various stocks in each industry. Due to the commission structure of the day, Darvas focused on high-priced stocks. With the cost of trading, per-share basis, and fixed commission, he quickly declines when the price of stock increases. All those keeping in mind, Darvas realized his investment and profit could only be lost to fix broker commission without being careful. Modern group of investors could look at the stock price as a filter, identifying the company for having stability. Stocks with low price mostly stay low even in today’s market for fundamental reasons.

With his trading watch list, Darvas watches his trading candidates looking for a sign that it is ready to move. His main indicator for these stocks is their volume. He watches for heavy volume occurrence. When spotted, he contacts his broker and requests a daily quote.

He looks for stocks traded within a narrow price range in which he identifies it using a set of precise rulings. Upper limits are the highest price stock currently that can be reached not infiltrated for about three consecutive days.

Upon spotting the range, Darvas contacts his broker with a buy order near the top of the trading range and a stop-loss order near the bottom of the range. Getting into position, he traces his stop based on stock actions. In Darvas’s experience, boxes mostly “piled up,” meaning they formed new box patterns as stocks climb higher. Every time a new box forms, he raises his stop to a fraction under the new bottom of the new trading range.