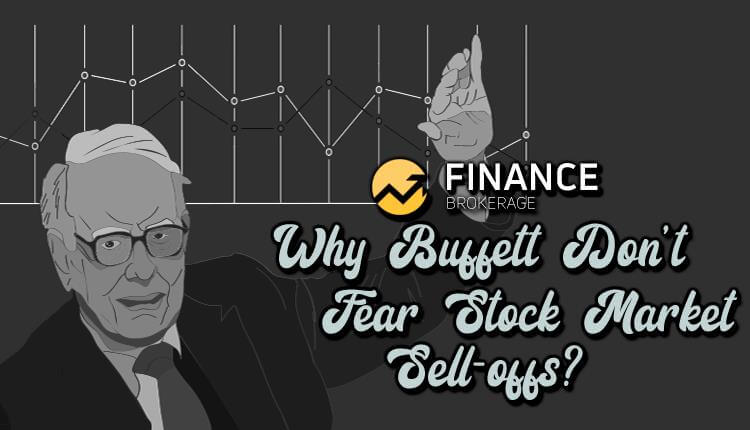 Warren Buffett as a legendary investor seen almost all angle/scenario in the financial market. In fact, during World War II, he buys his very first stock.

Buffett, an 88-year-old veteran with long-term experience and record have a special point of view on sell-offs in various markets. According to him, such market sell-offs aren’t the thing to fear, but an opportunity to benefit from.

Buffett, who also known as the “Oracle of Omaha” holds a simple long-term value philosophy. He addresses regular investors to be a steady buyer of equity index fund for a longer term. And always remember to be agnostic towards the market or in a certain economic environment. He believes in simple kind of investing for it pays off investors for a longer term. Pointing that, investors should make a long term bet on their economy.

During the 1994 meeting, Buffett also says, “So we don’t have any fear at all… I mean, what we fear is an irrational bull market that’s sustained for some long period of time.”

Op-Ed for The New York Times

While a number of investors do a panic selling, Buffett goes on, showing he means what he says about putting his simple philosophy even in a financial crisis. On his Op-Ed for The New York Times written in October 2008, he says he was buying American stocks, and other investors should buy too.

About more than 270% gains come to the S&P 500 since he writes that piece. Shareholders of Berkshire Hathaway benefits on the astute investments that Buffett created during the financial crisis in stocks.

He addresses his audience at his annual meeting saying,  “You, as shareholders of Berkshire, unless you own your shares on borrowed money or are going to sell them in a very short period of time, are better off if stocks get cheaper, because it means that we can be doing more intelligent things on your behalf than would be the case otherwise.”

According to FactSet, with his discipline value approach on purchasing stocks and various businesses, Berkshire profits about 20% annually for about 40 years. That doubles the profit of the S&P 500 at the same span of time.