On Tuesday, sored on speculation that Teresa May might be closer to securing he Brexit deal approval. The speculation came after the European Commission agreed to some changes to it ahead of a vote in the British parliament.

The GBP rose as high as $1.3290 as May won legally binding Brexit assurances from the European Union. The rise followed her last-ditch attempt to influence rebellious British lawmakers who have threatened to vote down the divorce deal.

“The market was sensitive to positive news rather than negative news as it had already priced in horrible scenarios,” said Masafumi Yamamoto, chief currency strategist at Mizuho Securities in Tokyo.

The euro slid to its lowest on the pound since May 2017 at 84.71 pence, before recovering its losses slightly. It was quoted down one-third of a percent at 85.19.

The dollar stuck on on 0.2% against the Japanese yen to 111.41 yen because of the improved appetite for risk.

If May loses the vote on her Brexit deal on Tuesday, she has said lawmakers would get a vote on Wednesday on whether to leave the EU without a deal and, if they reject that, then a vote on whether to ask for a limited delay to Brexit.

Sterling: Dollar comes under pressure as sterling rallies ahead of Brexit vote 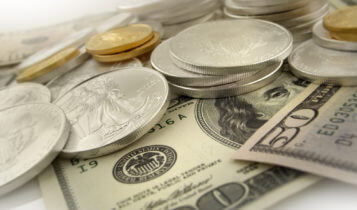 On Monday the USD dropped into the negative territory after a highly anticipated retail sales report drew a little reaction from the dollar. Instead, traders focused on the buoyant pound awaiting the Brexit vote.

According to Forex Strategists at Nomura, “we will likely witness 1) a second meaningful vote, 2) a parliament likely to vote against a no-deal Brexit, and a vote on 3) an Article 50 extension.” Article 50 is a portion of the EU Treaty dealing with withdrawal from the block.

While GBP remains the best performing primary currency for 2019, some analysts say the currency will struggle to advance any further during coming weeks should the extension of the Article 50 process be agreed as it would merely prolong the uncertainty hanging over the economy.

The U.K is scheduled to leave the EU in 18 days, on March 29, and so far, no deal governing its future relationship with the EU.