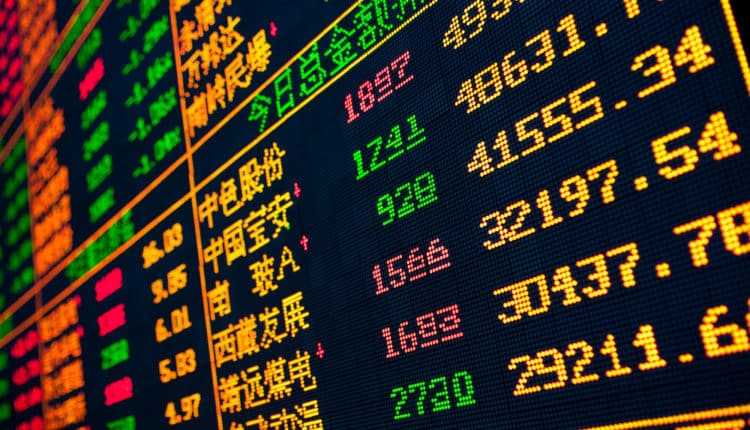 Shares skyrocketed up to 520% on Monday as the new Chinese index comprised of technology firms debuted.

The first batch of 25 tech-centric companies premiered at a listing ceremony in the Shanghai Stock Exchange’s (SSE) trading hall. These firms gained more than double on their initial public offerings (IPO) at the launch of the brand-new STAR Market index.

Valuations exceeded the expectations of most investors. In particular, Stephen Huang, Vice President of Shanghai See Truth Investment Management, said that the gains in stock prices “are crazier than we expected.”

“These are good companies, but valuations are too high. Buying them now makes no sense,” Huang exclaimed.

STAR has a structure which intentionally follows the same model as the Nasdaq’s, including a comprehensive U.S.-like IPO system.

Beijing has its ambition to become independent in terms of technological advancements as tech-firms suffer part of the damage which the trade dispute inflicts. Subsequently, investors see SSE’s STAR Market index as China’s daring attempt to reform capital markets.

During the initial five-day trading of included companies, the index has not set any limit on share prices. In comparison, debuts on other Chinese boards have a cap of 44%.

In the following trading sessions, STAR Market stocks have the permit to max at a 20% daily rise-or-fall threshold. This limit is double the 10% set for the other boards.

Last week, regulators warned investors against the impulsive buying or “blindly” purchasing the new sub-index stocks. Although, they reassured that big fluctuations are normal.

On Friday, the SSE said in a statement that intention for freer trading regulations is to offer market players sufficient freedom in the competition. These accelerate “the formation of equilibrium prices and boosting price-setting efficiency.”

Additionally, the SSE supported the sentiments of regulators by saying that big swings in the STAR Market index are normal. Newly listed tech shares typically have indefinite projections, making their movements difficult to assess.

The SSE also cited a few examples of said “big swings” in IPOs shares from firms on other stock exchanges. In particular, Nio Inc. and Luckin Coffee both have experienced this uncertain phenomenon.

According to the Chinese exchange, the SSE STAR 50 index, which officially tracks the STAR Market, would be launched on the 11th trading day following the 30th company on the board’s debut.

Chief Analyst at Lianxun Securities Zhu Junchun said that short-term investor focus on the STAR Market could affect the attention on the main board and its liquidity.

The Shanghai Composite index dropped 0.57% during midday trading on Monday, while the blue-chip CSI300 index was neutral.

Huang also proposed to rational investors to lie in wait and observe the market’s movement for a month prior to making any purchasing decisions.

Nonetheless, a number of investors welcomed STAR Market’s debut with high hopes. Mainly that the board will bolster the investments in the sector and the country’s innovation.

According to an analyst, the launch of STAR Market marks the beginning of a new “chapter” for the Chinese stock market.

“Toast to the Chinese dream in our capital markets!”