Solana Might Become the Visa of Digital Asset Ecosystem

On January 11, Bank of America digital asset strategist Alkesh Shah predicted that Ethereum competitor Solana could become the visa of the crypto world.

Launched in 2020, the Solana network has become the fifth-largest cryptocurrency with a market cap of $47 billion. Solana supports magnitude faster than Ethereum. It has been used to settle over 50 billion transactions and mint over 5.7 million non-fungible tokens (NFTs).

However, critics argue that its speed comes at the cost of decentralization and reliability.

Shah added that Solana is taking the market share of Ethereum due to its low fees, ease of use, and scalability, which could be relegated to high-value transactions and identity, storage, and supply chain use cases.

Visa processes an average of 1,700 transactions per second (TPS), but the network can theoretically handle at least 24,000 TPS. Ethereum currently processes around 12 TPS on the mainnet (more on the second layer). Meanwhile, Solana has a theoretical limit of 65,000 TPS.

Solana has experienced more than its fair share of network performance issues over the past few months. For instance, users have confirmed Binance’s recent withdrawal issues on January 12. Also, users were filing compliance for delayed performance on social media on January 7.

According to the director of communications at Solana Labs, developers are currently working to resolve network issues, particularly improving transaction metering. 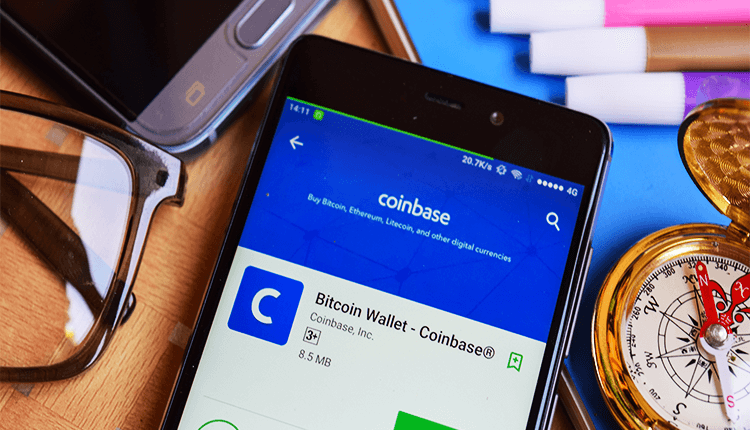 Coinbase Purchases Fairx to Add Derivatives Trading on Its Platform

FairX is a Designated Contract Market (DCM) derivatives exchange regulated by the Commodity Futures Trading Commission (CFTC). Despite being relatively new to the market, FairX launched in May 2021 but already has brokerage partnerships with industry-leading brokerages.

Derivatives trading refers to trading various exotic products linked to the future value of the underlying asset rather than trading the asset itself.

In a January 13 announcement, Coinbase explained plans to launch crypto derivatives trading for its U.S.-based clients. Coinbase says its goal is to make derivatives markets accessible to our millions of retail customers.

A subsequent tweet from the exchange said that adding derivatives trading to its product suite would ultimately benefit investors on its platform.

Coinbase’s launch of a regulated crypto derivatives market could immediately propel it to the top exchange in the category. Currently, it has 56 million active users, 8.8 million of which trade at least once a month, according to BusinessofApps.

The company officially announced the acquisition of a controlling stake in CriptoLoja on Wednesday. CriptoLoja is a Lisbon-based cryptocurrency exchange, and Portugal’s central bank is its regulator.

The new deal will help 2TM begin its European expansion through an over-the-counter trading service. The company also plans to offer Mercado bitcoin services to retail and institutional investors in Portugal.

Dagnoni said the new acquisition comes after several major funding rounds in 2021, in which 2TM raised more than $250 million from investors, including Japanese financial giant SoftBank, bringing its valuation to more than $2 billion by November.

According to the announcement, CriptoLoja founders Luís Gomes and Pedro Borges will continue to serve as co-heads of the business while assisting 2TM’s expansion in Europe.

Portugal has been hailed as a crypto-friendly jurisdiction. Its authorities have been promoting a technological-free zone for fintech development and innovation in the country.

Since the platform’s official launch on January 10, the daily trading volume of NFT marketplace LooksRare has exceeded $394 million.

The platform appealed to the customers by offering only a 2% base selling fee and zero-fee private selling fees. Meanwhile, its rival OpenSea’s has a 2.5% fee per transaction. The project also allows traders to earn rewards by buying and selling NFTs’ native LOOKS tokens.

The main NFT taking LooksRare by storm is the Meebits collection from LarvaLabs, creators of Cryptopunks and Autoglyphs.

At the time of writing, Meebits are currently the top collectibles on the market, according to DappRadar. Notably, DappRadar included a disclaimer highlighting a potential wash trade with Meebits on LooksRare.

On Wednesday, another point of doubt arose when the Meebit NFT sold for $49.5 million on Ethereum. Traders claimed the deal was fraudulent, citing the combination of LooksRare’s 0% royalties and the implementation of LOOKS rewards, which encouraged wash trading.

Binance added LOKA token on its platform. What about GLMR?

How to buy NFTX – A Step-by-Step Guide