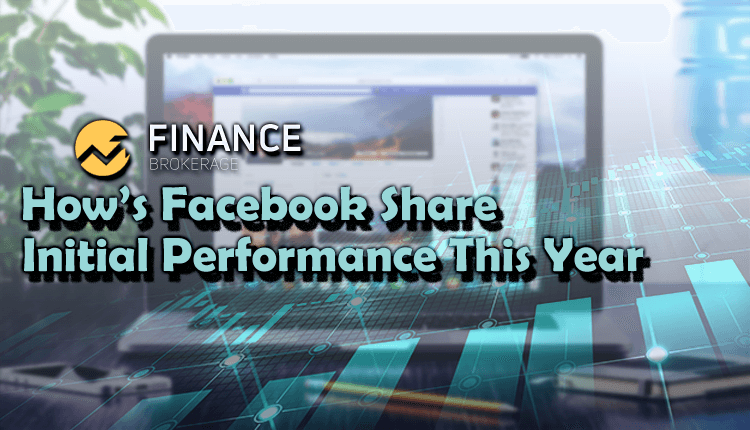 Upon reaching their all-time high at $218, Facebook’s share price declines down to $123. That brings them to a share price crash about more than 40% estimation. The year 2018 comes with a very harsh ride for Facebook investors. Such negative performance drives a significant number of investors for the exit. The ongoing security issues of Facebook and their CEO’s losing goodwill drives decline to their performance.

Their declining performance became a concern to their investors giving them fears. Despite the worsening performance, the Oracle of Omaha, Warren Buffet advises them to be fearful while others come greedy. The simple advice helps Facebook share to sail greater for the year 2019, wherein investors slowly heap back to the company. Fact is, during the first month of the year, stocks come close at about 30% compared to the time they open.

Now let us have a closer look at Facebook performance. Understanding what the company has gone through

Facebook, as the most popular social networking platform worldwide, is a publicly traded company since May 2012. The company admired by Wall Street and other similar fund managers had a constant growth from a few years back. But during the month of July last year, the company’s chart declines.

During those days, the company’s stock dipped at about 20%. That was lower than their worst one day decline yet. That wipes about $120 billion amount from their performance record. That is a fearful signal that Facebook’s profit growth might soon take a notable hit.

Following that, Facebook had a bunch of bad news and issues which cause the share price to go down. Issues include the Cambridge Analytica scandal, allege unethical conduct, political control, and data breaches. All those drives investors to go for exits.

Now how will Facebook stock plan for their comeback this year?

The reported results last month on their 2018 profit shows a total of $22.1 billion. That is 39% higher compared to their resulting profit in the year 2017. Notwithstanding negative issues and fear within the company, Facebook still works out to gain higher revenue.

Facebook’s stock grows at about 11% greater than the revenue and earnings estimation. Despite a flat growth of user in the U.S. and Canada, the company gains strong growth in other countries. That includes India, Indonesia, and the Philippines. Fact is, Facebook says that about 2.32 billion users log in to their platform at least once per month during 2018.

Facebook’s significant earning release attracts the attention of influencing analysts. During January 31, Goldman Sachs starts a buy rating to Facebook’s stocks. Goldman increases the company’s price target at about $195 from $150. But in spite of Goldman’s buy rating, thirty-four other analysts also provide a buy rating on the Facebook stock.

The company’s share price is constant above their 50-period exponential moving average (MA) from 2015 up to the mid-July of 2018. That is an indication of a bullish situation, wherein buyers are in control of the market.

Upon their decline below their MA during the second half of 2018, Facebook’s share price is trading back on the opposite track. The buyers should regain control of the share price in order to have a comeback. Meanwhile, the long technical changes show a bullish bias.

The primary traders could be interested in various points. One, Facebook is gaining users overseas. Two, the company’s average revenue gains 18% annually from overseas. Three, there’s an agreement from the management to gain from their powerhouse advertising platform. Four, Facebook has more than $40 billion free cash for buybacks or for an aggressive extension.

From a diverse forty-four analysts’ price target, the company’s highest is $275 while their lowest is $120. That gives them a median price target of $193. Estimations give them a significant bias overview for short-term traders.

Facebook’s daily chart show share price now trades over their 50 periods notable MA, giving them a bullish bias for the short-term traders. From the analyst’s median price target of $193, there is a lot of possibility for an upside.

Currently, traders consider to use simple price action strategy for possible entry, target levels and stop loss. For instance, a known price action path is a bullish pin reversal. The scenario when a bar makes new daily low, yet trades all the way back, closing the day with the upper half of bar.

Last January 24, the Facebook stock price goes to a bullish pin bar reversal. Meaning, traders might have entered buy order on the high of their bar amounting to $146.41. Traders should’ve placed a stop loss on the low of the bar amounting to $142.51.

Together with a 100 share, or a 100 lot, position size, it might result in a $390 loss whenever entry and stop loss triggers. But in this scenario, the price continuously moves higher. The company targets the next main resistance level about $169.30 which might be the reason for a profit of $2,289 released on January 31.

Summing-up Facebook’s share price performance, the company have a bullish start for this year. Facebook shares might be ready to perform well on Wall Street for 2019. How about you?

Australian Stock Exchange Up When Trade Closes on Thursday