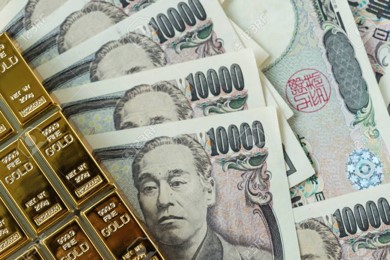 Safe Assets Move Up as the U.S weighs in on Chinese goods

As Washington and Beijing started the week with another round of the tariff battle, the Yen strengthened significantly. This improvement is, as more investors move for safe-haven assets with a new twist in the trade war.

Washington on Sunday slapped 15% tariff on Chinese imports into the United States. This comes almost a week after President Trump had caused a stir at the G7 meeting by saying he would raise the tariffs. Previously, the U.S had put a 5% tariff on Chinese imports. This tariff applies to watches, footwear among other imports. Beijing on its end retaliated with new duties on US crude oil.

The US President, however, reaffirmed that scheduled talks later this month would still take place despite the most recent developments. Nevertheless, even with this assurance, investors and analysts alike have lost hope of any amicable resolution. A senior foreign-exchange strategist at National Australia Bank in Sydney, Rodrigo Catril is skeptical as well. He says that data from the Chinese and US economic observers might help to gauge who is hurting more but that only masks the underlying truth of no possible resolution.

This week, investors are showing indications of being drawn to trade risk-offs with gold seeing a surge since a week ago. Investors are finding themselves in a hard place and thus having to steer away from risk. A decline in Asian stocks on Monday is the clearest indication of this. The risk sentiment will take more hit this week as protests continue in Hong Kong due to China’s rule of the city. It is however interesting to see what happens on Monday due to closure in the US. Financial markets remain closed for the Labor Holiday on Monday.

Some interesting movements occurred in the financial markets on Monday morning. The dollar index fell by 0.01% against a collective pool of six currencies to 98.809. In Asian trading, the Yen saw a positive movement rising 0.1% against the dollar to trade at 106.15. The Yen also registered positive movements of 0.2% against both the AUD and the NZD to trade at 71.42 and 66.95 respectively. Spot gold, which is attracting more interest rose by 0.39% to $1,525.25 per ounce.

With news of Chinese manufacturing having expanded beyond expectation in August, this has had an effect on the offshore and onshore Yuan trading. The Yuan traded at 7.1603 per dollar on the onshore market. The offshore market saw the Yuan trade at 7.1686 to the dollar representing a 0.1% fall.

The Euro shot up by 0.01% in Asia to trade at $1.0992. This is despite weak sentiment that saw the Euro tumble to its lowest in two years on Friday.

The German Chancellor Angela Merkel working with the conservatives and other partners held off a surge in support of two state elections in Eastern Germany. Much as this might have helped avert a crisis in that economy, optimism is dwindling fast. The European Central Bank is cutting down interests in its next meeting on 12 September. Experts expect this will weigh down on the Euro.