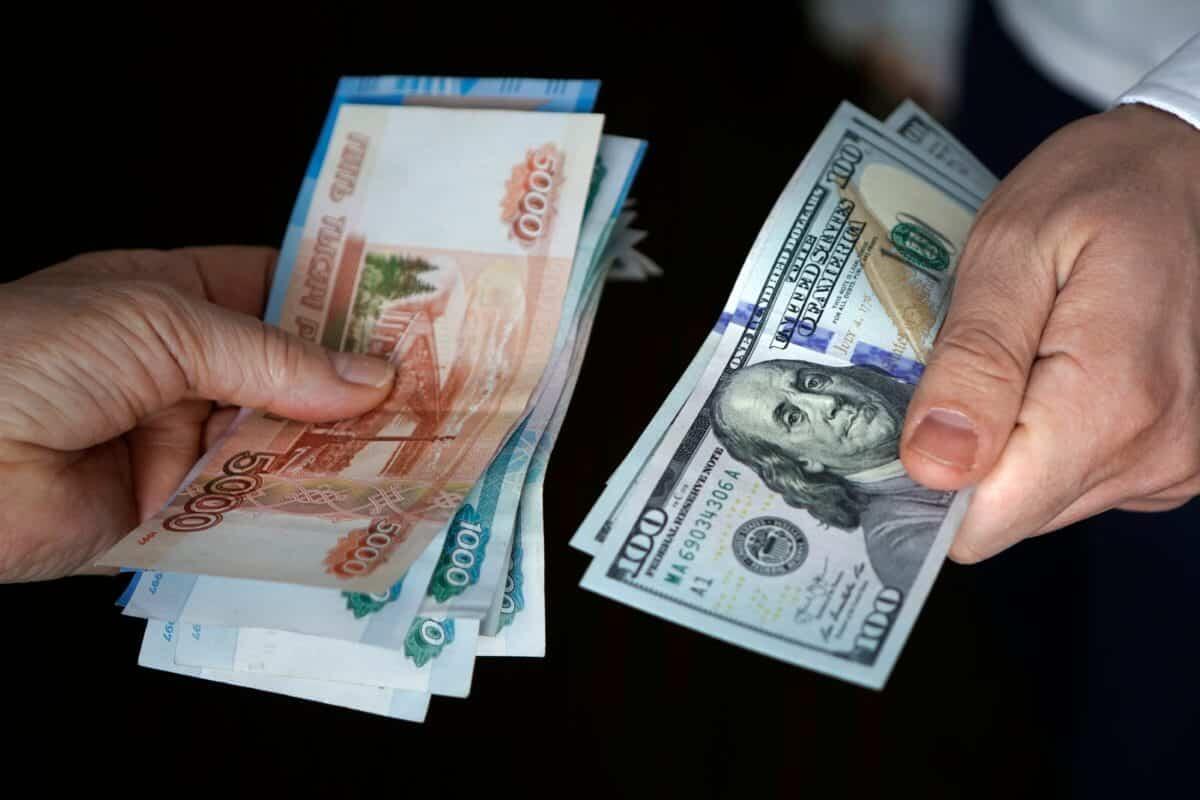 Ruble Closes at Highest Since February

This month, the Russian ruble closed at its most substantial level against the US dollar on Wednesday, both in Moscow and on offshore exchanges. President Vladimir Putin said Russia would begin selling gas to “unfriendly” countries in rubles.

The ruble finished below 100 per dollar, still down more than 22 percent this year, as Russia faces global sanctions in response to its invasion of Ukraine late last month.

European gas prices skyrocketed after Putin’s surprise announcement amid fears that the move would exacerbate the region’s energy crisis. The ruble rose 6% to 97.7375 per dollar in Moscow, reaching 94.9875, its highest level since March 2. On the EBS platform, it closed up 8.8 percent at 96.5. Both of the closing prices were the highest since February.

Trading in OFZ bonds resumed this week. The Bank of Russia announced that some stock market trading would resume on March 24 after a nearly month-long pause, with 33 securities from the benchmark IMOEX index set to trade on the Moscow Exchange for a limited time and short selling prohibited.

So far, the central bank has not disclosed the size of its interventions in the OFZ market; it has helped stabilize prices and provide additional liquidity to the financial system.

Yields on benchmark 10-year OFZ bonds, which move in the opposite direction of their prices, closed at 13.85 percent on Wednesday after reaching a record high of 19.74 percent on Monday.

Russia appeared to have avoided a foreign debt default by making a dollar coupon payment on a foreign bond maturing in 2029. The cost had been received, according to a bondholder.

However, Russian holders of domestic corporate Eurobonds are experiencing delays in receiving payments settled through international agents due to sanctions, according to Russia’s National Settlement Depository (NSD), companies, and analysts.

Demand for ruble liquidity has fallen. On Wednesday, the central bank is selling 0.8 trillion rubles ($7.7 billion) in a one-day “fine-tuning” repo auction; it was lower than previous days.

The EUR/USD pair hit an intraday low near 1.0980 early Thursday, extending the previous day’s losses amid negative sentiment due to higher US Treasury yields and risk aversion; the primary currency pair has recently weakened. The US 10-year Treasury yield fell by less than 1.5 basis points (bps) after falling from a three-year high. The rise in US Treasury yields favors bulls in the US Dollar Index (DXY). Meanwhile, the United Kingdom and the United States are willing to send more aid to Ukraine.

Russia has edited a list of diplomats flagged as “persona non grata” at the US embassy; it affected market sentiment and drove US dollar prices. In recent days, US Senator John Cornyn announced a meeting with Treasury Secretary Janet Yellen to discuss Russian gold sanctions, indicating the presence of risk aversion ahead of President Biden’s meeting with NATO allies in Europe.

What is the NFTify token called?