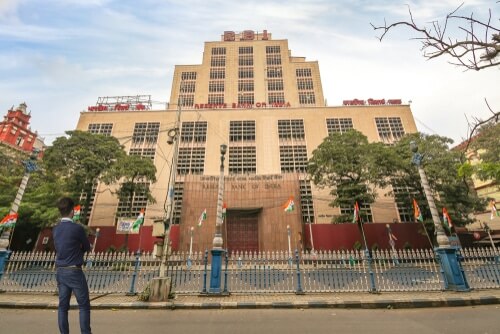 The Reserve Bank of India (RBI) is an institution that acts as India’s central bank. As such, it fulfills the usual duties similar entities do within their respective countries. That means that the RBI is in charge of manipulating the supply of India’s local currency, the rupee. On top of that, it also controls the overarching banking system in the country, as well as its primary payment system. In the past, it had an even more impactful role, with it in charge of India’s monetary policy as a whole.

Naturally, it’s impossible to narrow down such an institution’s complete functioning to a few sentences. As such, we’ll commit to explaining the Bank’s role and duties later down the line. Before that, we’d like to go over some of its history and roots and look at how it got to the present state.

The Reserve Bank of India’s establishment came with the Reserve Bank of India Act of 1934. The institution started as privately-owned but underwent nationalization relatively quickly, in 1949. The Bank followed the model that Dr. B. R. Ambedkar presented in his book: “The Problem of Rupee – Its origin and its solutions.” The institution’s offices initially opened in Kolkata and moved to Mumbai soon after, in 1937. It also played the role of Myanmar’s central bank until 1947.

Over the following years, as economic knowledge increased while conditions rapidly shifted, so did the bank’s role. Perhaps an essential change came from the Indira Gandhi Institute of Development Research and the Security & Exchange Board of India’s suggestion. It made the RBI improve its functions to suit the market and ensure national economic well-being better. Another significant change came in the relinquishment of the Bank’s role as monetary policy controller in 2016.

The Reserve Bank of India remains one of the country’s vital economic institutions. As such, it has a prominent role in ensuring that the country’s economy is as healthy as it can be. That includes a long list of obligations beyond the banknote issuing and banking system control we mentioned before. Here, we’ll go over some of those duties, as well as its role as a financial regulator.

As an extension of its banknote issuing monopoly, the RBI also manipulates foreign exchange rates. As such, it has the freedom to purchase or sell off currency as it sees fit. The Bank does that to either ease volatility or strengthen the rupee’s position on the forex market.

It also plays a vital role as a supervisor in the financial area. It oversees commercial banks, non-banking finance companies, and other financial institutions. That means the Bank regularly audits such institutions to ensure fair market competition and fairness. The bank has multiple sub-branches that deal specifically with such issues, allowing for precise and adequate reactions.

Beyond its role as a supervisor, however, the RBI also has a regulatory role in India’s financial system. Namely, it’s the one to prescribe parameters that banks and financial institutions must follow. We should note that those are quite broad, and each entity still maintains a healthy dose of autonomy. It also protects customers of such institutions with the established Banking Ombudsman Scheme. The system allows the effective processing and resolution of bank-related customer complaints.

The last crucial role we’d like to mention is the Bank’s duty to regulate systems for payment and settlements. Namely, it focuses on developing efficient and secure mechanisms in the area and ensuring their smooth functioning. Two notable payment systems are the Real-Time Gross Settlement (RTGS) and National Electronic Fund Transfer (NEFT).

The Reserve Bank of India’s main committee is the central board of directors. The government appoints the directors on a four-year term basis. The governor acts as the leader of the board, and there are up to four deputy governors. An additional four directors represent regional boards, and two come from the Ministry of Finance. Other than that, there are up to ten directors, normally hailing from various financial fields. Two of the four deputies traditionally come from the Bank’s list of executive directors.

In May 2018, the RBI established a new Chief Financial Officer role, with Sudha Balakrishnan taking the mantle. Internally, she was given the rank of executive director.