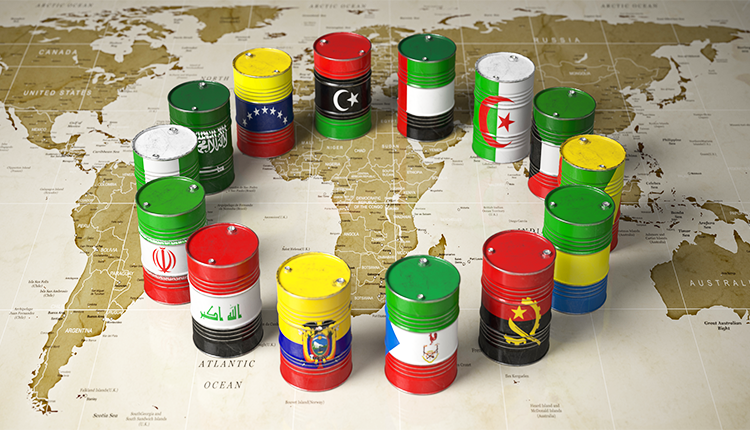 Organization of Petroleum Exporting Countries’ oil collapsed to an eight-year low in September after attacks on Saudi oil plants cut production. It deepens the impact of a supply pact and U.S sanctions on Iran and Venezuela.

The 14-member OPEC pumped 28.9 million barrels per day this month, the survey showed. From August’s revised figure it went down to 750,000 bpd, which is the lowest monthly total since 2011.

The attacks on two Saudi oil plants pushed down 5.7 million bpd of production. The result sent crude prices up 20% to $72 a barrel on Sept. 16. Pressured by a rapid production restart and concern about slowing demand, the price has since fallen to $61, near levels before the Saudi attack.

Moreover, Craig Erlam says traders are not particularly concerned about risk premium in oil. He also added the focus seems to be shifting back to the demand dynamics and the risk of further downgrades.

OPEC+, Russia, and other oil producer allies agreed in December to reduce supply by 1.2 million bpd from the start of the year. The cut of 800,000 bpd is the OPEC’s share to be delivered by 11 members, with exemptions of Iran, Libya, and Venezuela.

Also, the 11 OPEC members have easily exceeded the pledged cuts. Their membership agreement runs until March 2020.

Two out of the three exempt producers also pumped less oil than they did the previous month.

The most significant drop was in Saudi Arabia, which supplied 9.05 million bpd or 700,000 bpd less than in August.

Organization of Petroleum Exporting Countries’ oil drop would be larger but for Aramco, releasing stored crude from its inventories will limit the decline. Saudi production put between 8.5 million bpd and 8.6 million bpd, according to the sources in the survey.

Furthermore, Saudi Arabia was already restraining output by more than called for by the OPEC-led supply deal to the market.

Venezuela fell further in output, which is contending with U.S sanctions on state oil company PDVSA. It aimed at ousting socialist President Maduro as well as a long-term decline in production owing to a lack of investment.

PDVSA suspended some crude blending and cut production, this month. As a response to a build in domestic inventories while the sanctions proved a deterrent to customers and shippers.

Also, the survey found a mixed trend between Iraq and Nigeria. Both pledged to boost their compliance.

The survey found Iraq trimmed exports from its southern and northern ports. Nigeria boosted supply slightly and continued to produce above its OPEC target by the largest margin.

Libya pumped more, among other countries raising output, because of a higher contribution from the country’s largest oilfield. It was after outages that curbed output in August.

Moreover, since 2011, September’s output was the lowest by OPEC. The Libyan civil war caused a collapse in the country’s oil output, excluding membership changes that took place since then.

OPEC and consulting firms say the survey aims to track supply to the market and based on shipping data provided by external sources.