Meanwhile, the price of another benchmark which is the West Texas Intermediate (WTI) decreased by 23 cents or 0.4% to $56.03 a barrel. It is worth mentioning that during the previous session the WTI crude price rose by 4.3%. This was the best percentage gain in nearly two months.

The reason why the oil price increased on Wednesday is China’s services sector. Data showed that the services sector grew faster than during the previous months.

Another interesting news connected to the oil sector is the information provided by the American Petroleum Institute. According to this data, crude inventories rose by 401,000 barrels in the week which ended on August 30. It means that oil inventories increased to 429.1 million. The analysts, on the contrary, expected that crude inventories would decrease by 2.5 million barrels.

American Petroleum Institute also noted that crude stocks decreased in the delivery hub in Oklahoma. The stocks fell by 238,000 barrels whereas refinery crude runs reduced by 306,000 barrels per day.

Indian and Russian cooperation regarding the oil sector

They discussed many projects from nuclear energy to shipbuilding. India’s oil minister Dharmendra Pradhan said Russia and India would issue a joint statement. Countries would like to deepen their cooperation in the energy sector as part of the five-year roadmap.

India is interested as a country depends on the oil imported from the Middle East. At the moment, India oil sector imports 80% of the total consumption from that region. Out of top oil-producing countries which sell oil to India nine are in the Middle East. The only country which is not in the Middle East is the United States. However, its oil imports are not as important as in the case of OPEC members. The U.S. is the tenth biggest supplier of oil to India.

Indian officials are not only interested in the Russian oil but in the natural gas as well.

The price of natural gas in Europe 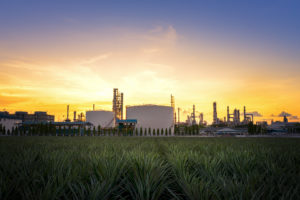 These facilities are important, but as mentioned above, this is not the only reason. There is a shortage of gas on the market as major suppliers Norway and Russia have no plans to change the situation. It means that due to the reasons mentioned above there is a real chance that natural gas can become even cheaper.

Interesting information about the cryptocurrencies