According to the American Petroleum Institute (API), crude stocks fell by 1.4 million barrels from July 5 to July 12. It means that crude stocks decreased to 460 million barrels. The API made this statement on Tuesday. Analysts predicted that stocks would fall by 2.7 million barrels. U.S. Energy Information Administration (EIA) will release the official data today. This result means that it will be the fifth consecutive weekly decline of crude inventories. It is the longest period of time since the beginning of 2018.

Another reason is the aftermath of hurricane Barry in the Gulf of Mexico. At the moment, companies are working to resume oil production in the region. The Bureau of Safety and Environmental Enforcement released a statement about the situation in the Gulf of Mexico. They said that production decreased by 1.1 million barrels per day of oil, which is 58% of the whole amount of oil produced in the area. Also, natural gas production dropped by 1.4 billion cubic feet of natural gas.

The situation in the Middle East 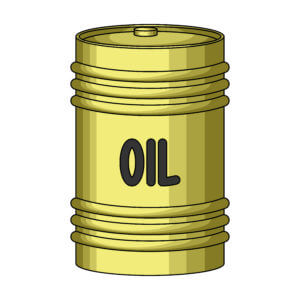 Strait of Hormuz is a strait between the Persian Gulf and the Gulf of Oman. It is one of the most important shipping routes for transporting oil in the world. Regional tensions in the region started a long time ago, and there are several issues which might destabilize the Middle East. However, the ongoing tensions between the U.S. and its allies with Iran is a serious threat.

It is not surprising that countries and private companies are trying to understand how this conflict can affect oil supplies. As a result, there are many studies addressing this problem. Rapidan Energy Group is a consultancy based in the U.S., and they analyzed several possible scenarios on how the conflict might affect the shipping routes in the region.

According to the company, in case of military conflict, the disruption will last longer than it is expected due to Iran’s ability to attack shipping in the region. They think the conflict can continue for several weeks if not longer and will have a significant impact on oil prices. Rapidan’s analysts think that in case of week-long disruption oil prices can reach $80-90 per barrel. However, prices might ever reach $100 per barrel.

If the conflict continues for a more than a month there, chance oil prices might reach $100 per barrel. After the conflict, oil prices will drop, but the cost will be higher by around $5 per barrel. These scenarios underline the importance of Strait of Hormuz when it comes to oil supplies.

Geopolitical tensions are running high in the region. On Monday Foreign Minister of Iran expressed the desire to restart the negotiations. Oil prices rose on Wednesday, which is good for the oil industry.