OIL INVENTORY REPORT – Oil prices slightly edged higher as the crude found some support on lower US inventories, ongoing output cuts from the Organization of the Petroleum Exporting Countries (OPEC) and its partners, as well as US sanctions on Venezuela and Iran.

International benchmark Brent crude oil futures climbed 0.4 percent to $71.92 per barrel, adding $0.30 from their previous close and lingering near its five-month high of $72.27 per barrel hit on Wednesday.

The two futures contracts slightly weakened earlier in the session.

Offering some strength to the crude was the Energy Information Administration’s (EIA) latest data on US crude supply. EIA’s figures released on Wednesday showed that oil stockpiles in the US surprisingly declined by 1.4 million barrels in the week to April 12.

The latest weekly statistics on US oil inventories were seemingly positive, according to analyst Tamas Varga, adding that all the major categories registered draws.

The EIA also reported a 1.2 million barrel drop in gasoline stocks, while distillate stocks, which included diesel and heating oil, were down by 362,000 barrels.

Output deal agreed by the OPEC and its allies, including Russia, to reduce their production by 1.2 million barrels per day (bpd) has driven prices higher this year. 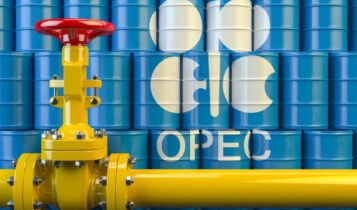 US sanctions on OPEC members Venezuela and Iran has also resulted in a much tighter supply worldwide.

Tanker data and industry sources said Iran’s oil exports have shrunk in April to mark their lowest daily level in 2019, signaling a drop in buyer interest ahead of an expected heavier pressure from the US.

Indian refiners are relying on other OPEC members, Mexico, and the US to offset Iran’s shortcomings in crude.

Spanish energy firm Repsol SA has put exchanges of refined products for oil with Venezuela’s state-operated oil group Petróleos de Venezuela SA (PDVSA) on hold, sources with knowledge of the matter stated, as US officials mull over the penalties for foreign companies conducting business with Venezuela.

However, surging US oil output and worries over the trade conflict between the world’s two-biggest economies are putting a lid on oil prices’ gains.

The EIA forecast US crude oil production from seven key shale formations to add approximately 80,000 bpd in May to reach a record of 8.46 million bpd.

Growing US output has helped make up for the inadequacy in supplies, but due to refinery configurations, it is unlikely that the US shale oil will be able to restore the lost production right away.