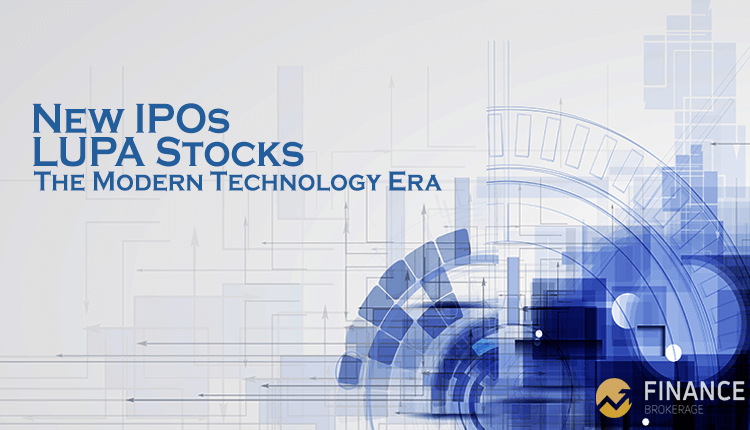 As the 21st century continues to develop its technology, the consumers always aim for a better product. Modern technology plays a big part in today’s world. Most business process now shifts online as mobile app generation plays a big role in the business to business or business to client servicing. In today’s business world, you’ll either adapt to the developing world or DIE.

As we explained that modern technology plays a big role, there are about four booming businesses which are rumored considering to become an initial public offering (IPO) soon. That of which is called the LUPA stocks (also called as the PAUL stocks). Who are the LUPA stocks?

In this blog post, we’ll list down each of the stocks within the LUPA stocks and further explain each. Their success and still developing stories and what to expect whenever they are all officially public.

A popular transport servicing app based in San Francisco. It was mainly founded during the year 2017 by the Bounder Web, Incorporated. During 2008, it changed its name to Zimride until the year 2012 in which it began using Lyft as its official business name (until now).

Logan Green, Lyfts CEO and John Zimmer, President of the company are both entrepreneurs who founded the business. Lyft’s business mission states, “To Improve people’s lives with the world’s best transportation.” On March 1 this year the company filed for its IPO. Within the company’s plan, it reveals that it had about $911 million net loss during 2018 on its $2.2 billion revenue. That of which may not be reach profitability. The company now targets value of around $21 to 23 billion. On its last Fidelity Capital Markets, the company controls more than seven percent non-public shares of the company.

The main competitor of Lyft, having a busy decade as it began and formed during 2009. Founded by two smart entrepreneurs, Travis Kalanick and Garrett Camp. Its app operates worldwide in which expands becoming a transport servicing company under various services. That includes food delivery, scooter rental, and trucking.

The company is somehow popular because of the various criticism, and numbers of issues including unfair labor practices. That causes a back-slide on the company, as there are multiple lawsuits and a few cities restrict and bans the company’s service.

During 2017, Kalanick steps down as controversy continues to grow. He then replaced by the former Expedia CEO, Dara Khorowshahi. As of March 4 this year, the company are yet to file for an IPO. However, there are still a number of people expecting the company to file in 2019 or even in 2020. According to the most recent financials, Uber’s most recent value as at about $120 billion, as it continues to its downfall.

The well-known online photo sharing pin-up board started in 2010. Envisioned by entrepreneurs; Ben Silbermann, Evan Sharp, and Paul Sciarra. Pinterest claims that its platform has about 250 million user visits every month. Pinterest headquarter is in San Francisco with branch offices around the globe. About 50 percent of its users are from outside of the United States. According to the company’s recent reports, it filed to go public thru SEC. However, the filing didn’t exist within the regulator’s site.

A popular short-term lodging rental application which brought the travel industry that its founders never imagined upon launching in 2008. Airbnb expands becoming a tourism service and other ventures. The entrepreneur founders Brian Chesky, Nathan Blecharzykl, and Joe Gebbia says Airbnb enables users to access more than 5 million places to lodge on within more than 81,000 cities and 191 countries. During 2018, CEO Chesky together with his team decides to file for an IPO. However, there are reports stating that Airbnb is to test public waters in 2019 or in early 2020.