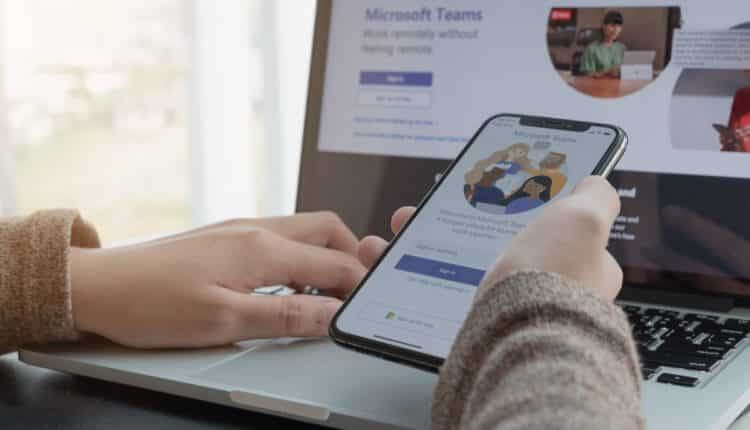 Major tech companies have a serious rivalry going, all trying to outshine each other. Microsoft Teams decided to make video calls a little less boring. Remote working can be quite monotonous and dull while we are locked in homes day after day. So, the company plans to present new modes to make the process more colorful.

Users will soon be able to customize how they appear when they’re presenting in Teams. Microsoft noted that the first three modes would be available soon. One of them is the “Reporter” option that lets users place content above their shoulder as a visual aid. News anchors use the same tactic during a TV segment.

The second is Standout, which lets users float above content as a silhouette on top of a deck. The third option is Side-by-side, which displays your webcam feed along with the content you’re presenting. Microsoft will release Standout this month, with Side-by-side and Reporter modes available soon.

Why did the company decide to create these modes?

Microsoft has recently asked for feedback about its meeting and how engaging users found its platform during remote work. The company created these modes as an answer to the feedback.

Nicole Herskowitz, the general manager of Microsoft Teams, noted that as he sees the problem, they need to make presentations more like TV shows. He added that they have to find ways to make such digital experiences more powerful.

Microsoft took advantage of the technology it uses in Together Mode to create these new features. Thanks to this technology, you can remove all the background behind you during a webcam meeting.

Together Mode was one of the first major changes to Teams, and the company has also specifically designed it for pandemic meetings. This mode places meeting participants side by side in a virtual environment.

Along with the new modes, the company plans to launch PowerPoint Live in Microsoft Teams. Users will find presenting with PowerPoint slides a lot easier thanks to that new feature.