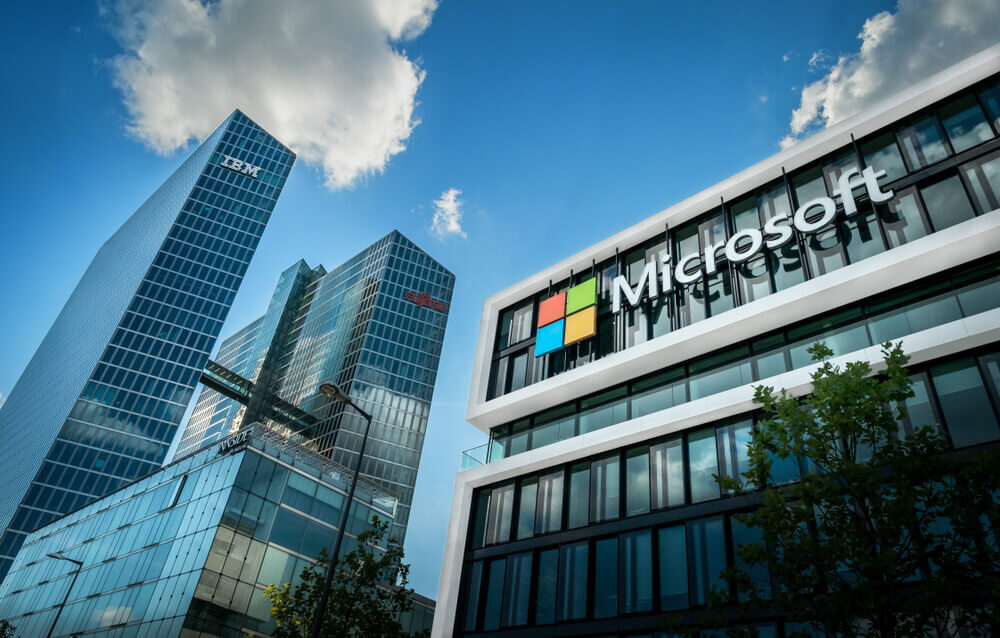 Microsoft exceeded Wall Street’s targets for the third quarter for fiscal 2021, thanks to strong sales of cloud computing services. Nevertheless, Microsoft stock declined in extended trading on Tuesday. In after-hours trading on the stock market on April 27, its stock dropped 1.8% near 257.25. During the regular session on Tuesday, its stock added 0.2% to reach 261.97.

Microsoft’s commercial cloud sales rose 33% to $17.7 billion in the March quarter, driven in large part by 50% revenue growth in Microsoft Azure. Nonetheless, it marks a deceleration compared to the 59% growth in the same quarter last year. Revenue in the company’s Intelligent Cloud business unit rose 23% to reach $15.1 billion in the fiscal third quarter. This important unit includes server products as well as cloud services.

The  Redmond-based company’s Productivity and Business Processes unit saw sales rise 15% to $13.6 billion. That unit includes Office productivity software, Dynamics, as well as LinkedIn. This was the result of robust sales in commercial software products like Office 365 and Dynamics 365.

LinkedIn’s ads business reached great results during the year which ended on March 31. It brought in more than $3 billion in revenue and outperformed competitors like Snap and Pinterest.

Microsoft’s More Personal Computing unit reported a 19% increase in sales to $13 billion in the March quarter. That division includes Windows software, Xbox, etc. Xbox played an important role, as it was the main growth driver in the segment. Gaming sales jumped 50%, benefiting from continued momentum following the launch of the Xbox Series X and S in 2020.

For the current quarter, the company expects sales to reach $44.05 billion, based on the midpoint of its outlook. During the same quarter last year, the tech giant posted sales of $38.03 billion.