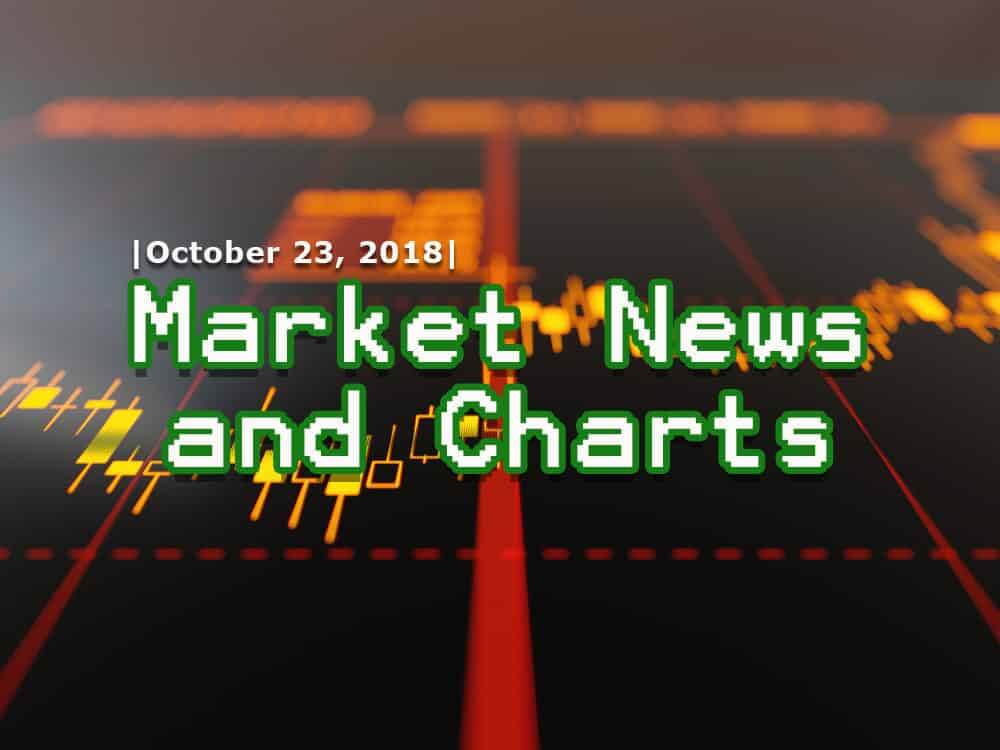 The USMCA (United States, Mexico, Canada), a renewed agreement from the NAFTA (North American Free Trade Agreement), makes the pair in a stable state. This was after the Trump Administration declared tariff war to all countries that have an unfair practice in trades that cause the US to lose billions of dollars every year. The pair was trading within a channel and expected for the price to go down in the short term.

The pair was very stable until the issue about the killing of a Jamal Khashoggi, a Saudi Arabian journalist residing in the United States and working for The Washington Post, and a sharp critic of Saudi Arabia’s crown prince Mohammad bin Salman bin Abdulaziz Al Saud or MbS. The Saudi Government first denied the accusation, then later admit it, which causes the stain in the Kingdom’s relationship with other countries. Expect weaker Riyal ahead of the Davos in the Desert. 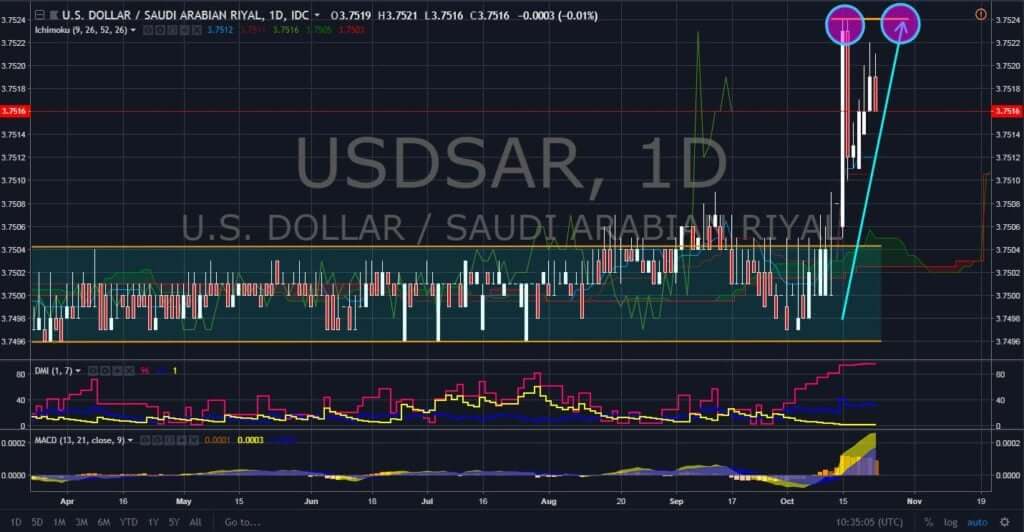 The declining influence in South Africa by the United States was the major catalyst for the decline in the pair. The countries in the African continent was turning their back from the United States and looking for opportunities with China. South Africa was among the countries which China was planning to build its ambitious Silk Road infrastructures that will link East Asia, Southeast Asia, East Africa, West Asia, and Southern Europe. Expect for the pair to go lower for sometimes. 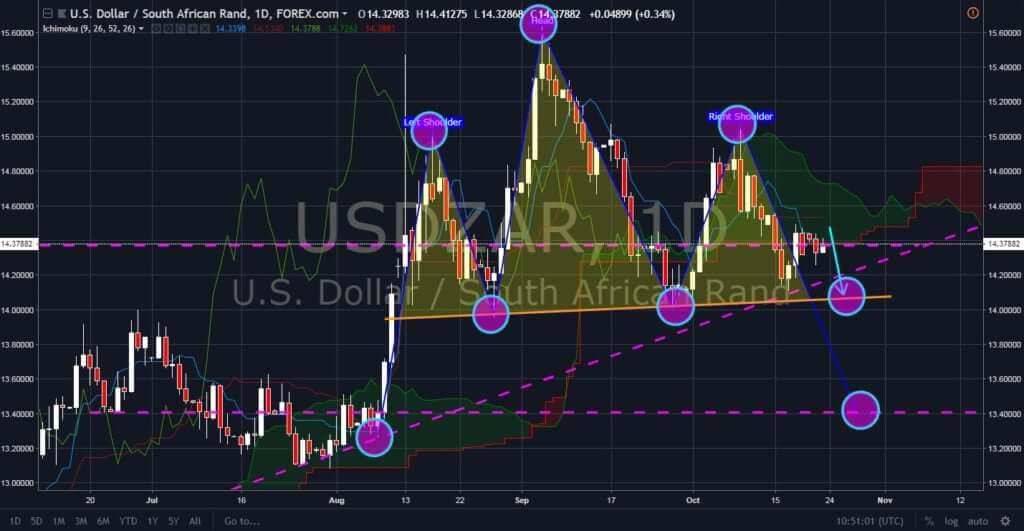 The British Pound weakens against the US Dollar as uncertainty over the negotiation between the United Kingdom and the European Union was still unresolved with the EU rejecting the proposal by British Prime Minister Theresa May and the UK rejecting EU’s proposal of a soft Brexit with regards to the border between Ireland and Northern Ireland, a part of the United Kingdom. Expect a selling pressure with the pair until the next meeting between the EU and the UK.