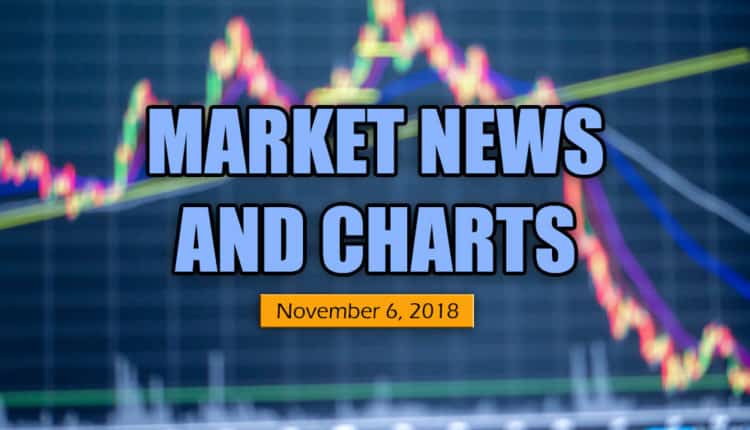 Hey traders! Below are the latest forex chart updates for  Tuesday’s sessions. Learn from the provided analysis and apply the recommended positions to your next move. Good day and Good Luck!

The USD recovers for the month of November after Chinese President Xi Jinping announced that it will lower the tariffs, prompting speculation that China bends against the US will after its economy was seen suffering from the trade war. The US was in times of uncertainty as the US Midterm Election was due to start today, November 6. Caveat Emptor for investors and traders planning to trade with the pair.

The pair was seen to further slide. Analyst sees the relationship between the United States and Turkey as only a self- interest. The US needs Turkey in its war with Syria, but this could derail the relationship between the two countries as the US allowed Kurdish Militants to access the Turkey-Syrian border, a violation of the agreement between Turkish Government and Syria’s Kurdish Militants. Aside from that, the US allowed Turkey, along with 7 more countries, to continue the importation of Iranian Oil despite from its warning that it will impose sanctions to every country that will make a trade agreement for Iranian Oil.

The US Dollar weakens against the Brazilian Real after the Brazilians show strong support for the Former President Lula, who lead and transform the country during his term, during the presidential campaign. However, Brazilian law states that a detained person can no longer run for any government position, thus prompting Lula to endorse Fernando Haddad to replace him in running for president. Haddad later lost to the leftist Bolsonaro also known as “Brazilian Trump”. The pair was in consolidation and expected to go up once President-elect Bolsonaro assumes the office.

After Trump started the trade war with Mexico, the relationship of the two countries began to restore after the USMCA (United States, Mexico, Canada) was ratified in replacement for NAFTA (North American Free Trade Agreement). Now, the two countries have another issue to be fixed, the immigrants from Guatemala, Peru and other Latin American countries trying to penetrate the United States using Mexico’s border. Trump already deployed the military in its border with Mexico as immigrants are slowly piling up. Expect the pair to further go down.